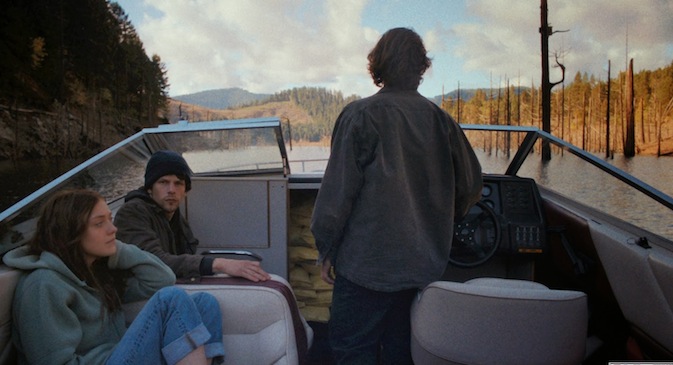 The 2014 Tribeca Film Festival is rounding out its features line-up with the Spotlight, Midnight, Storyscapes and Special Screenings selections. Heavy hitters in the Spotlight category include Roman Polanski, Kelly Reichardt, Ira Sachs, Jon Favreau and Paul Haggis, with script ventures from Nicole Holofcener and Joss Whedon, as well as Chris Messina and Courtney Cox’s directorial debuts. Among the Special Screenings are new works from Tsai Ming Liang and Remote Area Medical directors Jeff Reichart and Farihah Zaman. Add in the transmedia Storyscapes and the chupacabra-featuring Midnights, and it’s shaping up to be a solid slate. The full synopses are below.

Co-Sponsored by The Lincoln Motor Company

With its focus on marquee directors, prominent actors, and star performers, Spotlight is Tribeca’s showcase for launching breakout films. This year’s program finds maturing millennials navigating the changing nature of their friendships in best-friends comedy Life Partners, and Big Chill-homage About Alex, while older characters also struggle with change—like the New York couple at the center of Ira Sachs’ touching Love is Strange, and a subdued Robin Williams as a late-in-life man finally embracing his authentic self in Boulevard. From the international side, provocateur Roman Polanski finally brings his Cannes hit Venus In Fur to the U.S., while Stellan Skarsgård anchors pitch-black comedy, In Order of Disappearance as an unlikely vigilante. The Spotlight documentaries probe topics from LEGO bricks to Chinese-American cuisine, and include profiles of icons ranging from legendary musicians like The Grateful Dead’s Bob Weir in The Other One: The Long, Strange Trip of Bob Weir and shock-rock badboy, Alice Cooper, in Super Duper Alice Cooper, to sharp-tongued Texas governor Ann Richards in All About Ann: Governor Richards of the Lone Star State and the (as-of-now) only American winner of the Tour de France, Greg LeMond, whose bitter rivalry with a teammate threatens to derail his career in Slaying the Badger. Rounding out the docs is a an expose of questionable undercover FBI tactics, The Newburgh Sting. With something for every taste, Spotlight is an exciting panorama of premieres sure to stimulate, inspire, and entertain.

·         Manos Sucias, directed and written by Josef Wladyka, co-written by Alan Blanco. (Colombia, USA) – International Premiere, Narrative. Towing a submerged torpedo in the wake of their battered fishing boat, a desperate fisherman and a naive kid embark on a journey trafficking millions of dollars worth of cocaine. Shot entirely on location along the Pacific coast of Colombia—in areas that bear the indelible scars of the drug trade—Manos Sucias refuses to glamorize the drug trade but rather seeks to offer a rare glimpse of its devastating effects. Executive Produced by Spike Lee.

What do alien invaders and chupacabras have in common with a sword-wielding maniac and the ghost of a turn-of-the-century murderer? They can all be found in Tribeca’s 2014 Midnight program, a collection of this year’s most boundary-pushing genre films from around the globe. Opening Night selection, Preservation, is a moody, intelligent take on the maniac in the woods genre, and an apt foreshadowing of the slew of inhuman baddies that emerge from the darkness to terrify sexed-up teens in Extraterrestrial, Indigenous, and sure-to-be-a-conversation-piece special screening, Zombeavers. Meanwhile, a rookie cop takes on his deranged doppelganger in bizarre German horror-cum-arthouse film, Der Samurai, while the conflict takes a team turn in Intramural, a wacky romp about an underdog flag football team that riffs on classic sports movies with a cartoonish comedic sensibility. Too terrifying, strange, or downright hilarious for daylight hours, these seven films wear their Midnight Movie moniker with pride.

Tribeca Film Festival’s Storyscapes, created in collaboration with BOMBAY SAPPHIRE Gin, is a juried section at the Festival to showcase innovative and interactive transmedia work across genres. This year the stories are all around us, bringing to life innovative forms of storytelling that encourage participation and spark imagination. Put on a Virtual Reality headset and experience the visceral power of Use of Force. Immerse yourself in the computer-generated, non-linear experience of Clouds. Vote on the path that Choose Your Own Documentary takes in a live performance that incorporates comedy, film and audience participation. Create your own joyful choir with On A Human Scale. Finally, eavesdrop on the past as you navigate through a 3D-city neighborhood that no longer exists in Circa 1948. These are stories that surround us and stories that involve us. Dive in. Curated by the TFF Programming team along with Ingrid Kopp, Director of Digital Initiatives for the Tribeca Film Institute, the program will present five selections as public, interactive installations at the Bombay Sapphire House of Imagination (121 Varick Street, 7th Floor) starting from April 23 – April 26, 2014. The interactive nature of Storyscapes will also extend to the lounge and cocktail bars at Bombay Sapphire House of Imagination. Different locations will trigger specific messages sent to mobile phones; a mixture of facts and stories about cocktails, botanicals, technology and creativity. Guests will be encouraged to share thoughts and observations, which will be projected in the lounge.

·         On a Human Scale, Project Creator: Matthew Carey. On a Human Scale reimagines the people of New York City as a fully playable and immersive video instrument controlled by a piano. Each key triggers a different video of a different person, from a different walk of life, singing a different note. When played together they fuse into a joyful choir that is totally under the control of whoever is at the keyboard.Playing the piano brings to life an audiovisual installation that fuses music, film, people, and technology into a living, singing tapestry of humanity.

·         6, directed by Louie Psihoyos. (USA) – Work In Progress, Documentary. From the Academy Award®- winning filmmaking team that revealed oceanic atrocities in The Cove comes a bigger and bolder mission. Utilizing state-of-the-art equipment, director Louie Psihoyos assembles a team of activists intent on showing the world never-before-seen images that will change the way we understand issues of endangered species and mass extinction. Whether infiltrating notorious black markets with guerilla-style tactics, or working with artists to create beautiful imagery with unexpected animal subjects, 6 will literally change the way you see the world.