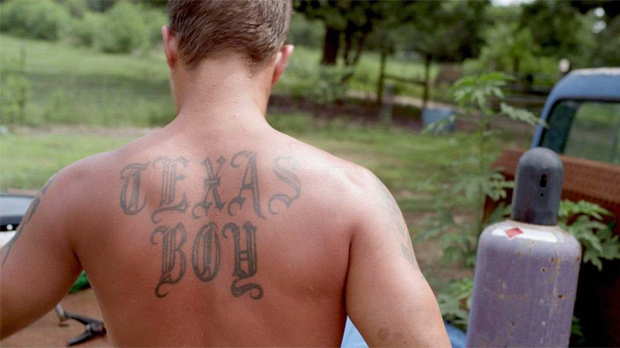 Lauren Wissot’s report from Little Rock last year was titled “Kicking Ass in Clintonland,” and certainly when it comes to varied programming and festival fun, this year was no different. I may have lacked the requisite dexterousness to tackle the über-fresh crawfish, and have yet to unwrap the talking action figure of Bill Clinton in my gift bag, but my schedule was quickly filled with activities from partying on one of Little Rock’s scenic bridges to popping into a workshop on the applications of Google Glass and 3D printing in film.

Under the helm of brothers Brent and Craig Renaud (respectively the artistic and executive director), the Little Rock Film Festival has come a long way in eight years, from operating in a condemned multiplex to its current base, the brand-new, state-of-the-art CALS Ron Robinson Theater in the historic River Market District. The new awards gala sponsors included The Old Statehouse Museum, where Bill Clinton gave his 1992 and 1996 acceptance speeches. I counted 38 full-length films and over 60 shorts in six different programs, with all events concentrated within walking distance at 17 different venues. The Renaud brothers, who are filmmakers and film producers, hail from Arkansas but have lived in New York, and this geographic split and keen awareness of place was reflected in the programming.

Among the documentaries I saw, Amir Bar-Lev’s Happy Valley, Marshall Curry’s Point and Shoot and Sebastian Junger’s Korengal all conveyed a strong sense of location. In Happy Valley, about Penn State assistant coach Jerry Sandusky’s pedophilia case, Bar-Lev contrasted the university’s picturesque setting with the darker side of a tightly knit community’s adherence to status quo. Junger’s Restrepo follow-up Korengal — a documentary about American soldiers embedded in the Korengal Valley, Afghanistan — had its world premiere (it opens theatrically in New York on May 30th). The film relies on interviews, yet its power stems as much from the claustrophobic terrain and a visceral sense of entrapment as from the soldiers’ stories. Point and Shoot offers a glimpse not only into Libya’s deserts but also into its subject, Matthew VanDyke, who abandoned his motorcycle escapades in the Middle East, to join the Libyan fighters rising against Gaddafi. Speaking with VanDyke at a warehouse dance party, I was struck by how often the most haunting documentaries straddle rich, at times awkward divides; in this case, treating the world as a vast playground where bloody conflicts challenge one’s sense of self.

The undercurrent of violence didn’t run just through the war stories. In Man Shot Dead, Taylor Feltner added a new angle to the current national debate on bearing arms by telling of his grandfather’s death in a mysterious, random shooting and focusing on the trauma of the gun violence survivors. Keith Miller’s Five Star starred Primo Grant, a former member of East New York’s Young Bloods. Meanwhile, James Landry Hébert, the star of Alex R. Johnson’s atmospheric thriller Two Step, gave one of the festival’s most compelling performances. Hébert’s character Webb, a criminal on a murder spree, is irredeemably nefarious, a la Robert De Niro in Cape Fear, but it’s his unexpected fragility that’s riveting. Similarly, Joel Potrykus’ Buzzard, which I had seen at New Directors New Films (ND/NF) in New York and re-watched at Little Rock, radiates badass energy. During a post-screening Q&A, Potrykus suggested that his scheming protagonist, Marty (musician Joshua Burge), defrauds his company as an act of revenge on corporate drudgery. But like Franz Kafka’s buzzard, Marty’s primal instincts (not to mention his ravenous eating habits) seem to channel an even deeper angst.

Having missed Sundance, I was glad to also catch Alejandro Fernández Almendras’ To Kill a Man. A quietly brave film about a Chilean family subjected to a local thug’s vicious pranks, To Kill a Man hones in not only on the devastation that crime wreaks on its victims, but also on the gruesome physicality of murder. One darkly comic scene in which Jorge (Daniel Candia) sits slumped on a beach, next to the grossly bloated corpse of his tormentor, has stayed with me as an image of utter helplessness.

Finally, two feature films by New York directors — The Heart Machine by Zachary Wigon and Big Significant Things by Bryan Reisberg — followed searching urbanites propelled by inner anguish. The Heart Machine, about a young man who meets his girlfriend online but can’t rid himself of a suspicion that she’s lying to him, came across as a refreshing antidote to Spike Jonze’s splashier, more high tech Her. Like the latter, The Heart Machine poses the question of whether our highly mediated reality isn’t already seriously messing with our brains and hearts.

This year, the Little Rock Festival added a new program, Cinematic Nonfiction, curated by filmmaker Robert Greene, whose nonfiction film Actress played outside the competition. Roberto Minervini’s Stop the Pounding Heart, which arrived in Little Rock after ND/NF, Dok Leipzig and Cannes, won the Best Southern Film program prize. Together with Ne Me Quitte Pas (Don’t Leave Me), by Dutch filmmakers Sabine Lubbe Bakker and Niels van Koevorden, these films underlined the importance of character in nonfiction filmmaking. Pounding Heart subjects Sara and Timothy Carlson and Brandy Burre of Actress were on hand at Q&As to discuss their rich, finely nuanced collaborations with their directors. Burre plays herself in Actress, a performer and mother to two small children who confronts her relationship’s unraveling. In the heartbreaking Ne Me Quitte Pas, which won the cinematic nonfiction film prize, farmer Marcel hits rock bottom and finds consolation in drink after his wife of 16 years leaves him.

Actress‘ charm lies in Burre’s at times self-deprecating but always generous and astute persona (or “personality,” depending on how you read the film: as glorious artifice, bare truth, or both). Likewise, Ne Me Quitte Pas transcends the daily grind thanks to Marcel’s grandiose, slyly funny manner. Where Actress could be read as a stripping away of an actor’s arsenal, and Ne Me Quitte Pas as a fraught, playful portrait, Stop the Pounding Heart’s premise — a girl has a religious crisis after falling for a local boy — is pure invention. Young bull rider Colby Trichell plays himself, but he lives in a different, remote area, and what we imagine to be his romance with Sara is a sheer construct. Yet what matters most in the end is the way in which the film inhabits the Carlsons’ universe of farming, religious study and salesmanship, proving just how broad narrative truth can be in nonfiction films.

Many of the younger people I’d run into at parties were filmmakers whose films were included in the Little Rock Festival’s extensive short film programs. Though I certainly didn’t see a large sample from the six world sections and five Arkansas ones, I was drawn to Danny Madden’s hand-drawn animated short Confusion Through Sand. Madden’s use of rough, mottled recycled paper and jaggedness of line communicated beautifully the disorientation of soldiers in battle zones. And while I can’t say that I caught revelations beyond Madden’s film (including the winning world short, Peter Dowd’s capable The King of Size, about an injury-prone body-builder), Charles Chintzer Lai’s Insomniacs, Benham Jones’s Broke and Dagny Looper’s Lipstick Stain were fetching micro-dramas.

No regional festival is quite complete without music. The Little Rock Fest showcased local bands on most nights, including the excellent Rodney Block with The Real Music Lovers at the opening, but it was the special screening of Fritz Lang’s Metropolis (1927), with live score from Sound of the Mountain, that kicked things up a notch. The band won the 2013 Arkansas Times Musicians Showcase, and at Little Rock brought out the psychedelic in the expressionist classic, particularly in the scenes involving machines and mechanistically moving crowds. The music’s riotous tempo added an action film flare to the austere drama, playfully blurring the lines between high and low art.

Packed with a predominantly young crowd, it was the Metropolis screening more than anything else at Little Rock this year that made me hopeful for the future of film. For while there’s been alarming news lately about the aging and dwindling cinema viewership across the country, even in cinephile cities such as New York, the Little Rock Film Festival proved that there’s still room and ways to show classic films while attracting young audiences. Finally, speaking for filmmakers, Arkansas-born director Feltner summed things up: “Showing at LRFF helped me to realize that no matter the size of your film, big or small, or the scale of the subject matter, there will always be an audience for your film.”