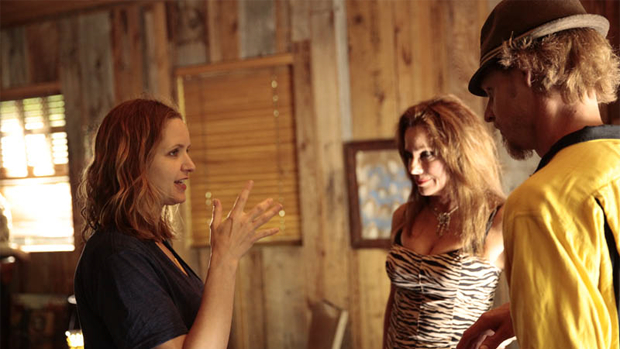 I was directing my last scene for the lab. It was set in a tiny bathroom and the only place to be out of the camera’s view was the small bedroom on the side with the equipment. After the actors finished a take, the bedroom door opened and Robert Redford asked if he could join me and watch for a while. Sure you can, Robert Redford. We settled in together on the twin bed to watch the small monitor as the actors went for another take and then we talked through the scene. He wanted to make sure that I was getting all of the beats I wanted. And not just the beats, but also the transitions. A character sitting in one emotion can often seem indulgent; however, someone moving from one emotional state into another is compelling, unpredictable and kinetic. He stayed for a while on set, politely observing and offering up suggestions to better capture those transitions. Our conversation continued through lunch as we spoke about this further. It was inspiring to see how relentless and interested he was in the pursuit of the sensation that life is genuinely unfolding in front of the camera.

The Directors Lab concluded the following day with a week of Screenwriters Lab meetings to follow. My final meeting of the Directors Lab was with Aza Jacobs. I was looking forward to it because, over the course of the month of filming/editing scenes and screening them for others, I had developed a new relationship to the story. In putting the scenes on their feet I saw the tangible, rhythmic form of what the film could be. I met with Aza filled with this sense of its potential, but not knowing how to digest it. We talked about forgetting the clever ways you figured out how to “outsmart” your script and just going back to that one idea or image or sound that shook your attention in the first place. 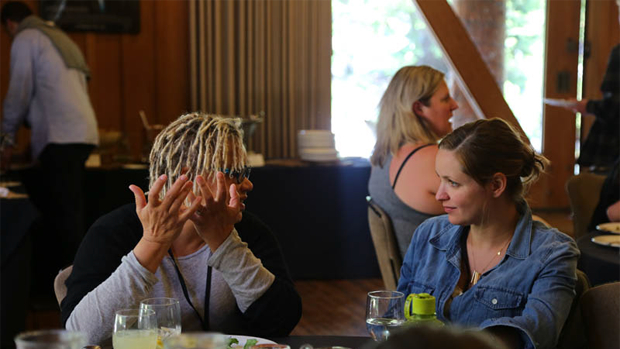 Next week I leave for the Feature Film Music and Sound Design Lab at Skywalker Sound, where a composer, a sound designer, and I will explore score and sound design for the film. I am going to get to work with sound before I’ve even filmed the film! It’s a crazy reversal of how things are usually done, and one that, before the Directors Lab, would have come with self-inflicted pressure to make the end result “perfect.” I feel differently now.

The experience at the Lab is actively readying me to make this film, and certainly the people there have an interest in seeing the films they support get made; it’s just not in the way I anticipated. They aren’t just trying to get your ducks in a row so that you can get it done. They are encouraging a deep openness to exploration. I thought I possessed that, but actually I was secretly afraid of it. I was afraid of it because I didn’t want to fall into that easy trap of never actually “doing” the thing. I used forward momentum as if to prove to myself that I wasn’t in that trap. Now I can see that exploration and forward momentum do not have to be mutually exclusive. Michelle Satter opened the Lab by saying, “Your ethics are to your story.” In the middle of the lab she said, “You can’t be precious.” A contradiction? Absolutely! And that’s just it. Serve my story and don’t be precious with it at the same time. Stay loose and be totally focused at the same time. It’s a challenging balance, frustrating and exhilarating simultaneously, and for me, totally necessary.