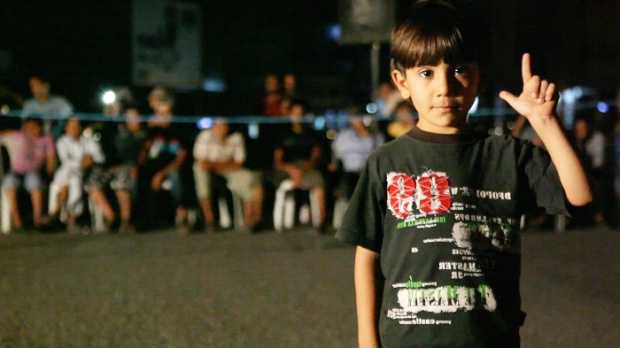 Here, for your Sunday reading pleasure, are a number of artices and videos I took note of this week.

Novelist Helen DeWitt retreats to a family-owned cabin in the woods to make an important writing deadline. She winds up, as she describes in the London Review of Books, being stalked:

One neighbour says if she saw him by the road at night she would run him down. Others tell me to get a gun and shoot on sight. Look at it this way: if there were a high risk of attack I wouldn’t be staying in a cottage in 11 acres of woods, scene of the ‘reckless endangerment’ which sent him to jail in the first place, half an hour from the state police. The problem isn’t really that we don’t know what’s going on in his head.

At Eurogamer, Jeffrey Matulef reports on how James Joyce’s Ulysses is being turned into a videogame.

By most standards, Monica Byrne would be considered a success. She sold her novel to a major publisher, ran a successful Indiegogo campaign for what resulted in a sold-out play, and received an arts fellowship. But these victories are simply stand-outs from a field of rejection. As she notes at the Washington Post, during this period she made 566 submissions of her work and received positive responses three percent of the time. She has even compiled those submissions into a spreadsheet she calls an “anti-resume.” How many rejections do you have?

At the Guardian as part of a series of stories from The Moth, Filmmaker 25 New Face Kimberly Reed writes about how she told her brother she is now a woman at her father’s funeral.

Haruki Murakami’s new novel appears in the States this week, and, at Salon, Laura Miller digs into his prose to discover what makes it different from so much American literary fiction. An excerpt:

…So much of American literary technique involves euphemistic depictions of psychological states with the apparent belief that you can make a banal emotion or situation affecting if you just don’t describe it too directly.

Murakami, on the other hand, doesn’t really care whether his character’s moment of inner purification is banal, or at least banally expressed. He simply doesn’t give a shit.

VICE News reporter Medyan Dairieh spent three weeks embedded with the Islamic State and has produced a five-part series. A must watch. Here’s part one.

At Buzzfeed, Roxanne Gay (Bad Feminist) considers our aversion to “unlikable characters.” She’s writing about fiction, but her comments could just as easily apply to film as well. (In fact, her essay includes a discussion of the film Young Adult.) From the piece:

“How are we going to live in a world of ubiquitous tracking?” That’s the question asked by Kevin Kelly at Edge.org because, he argues, “there’s no end to how much we can track each other—how far we’re going to self-track, how much we’re going to allow companies to track us….”

Somewhat related: writer and web designer Josh Ellis writes, “Everyone I Know is Broken-Hearted.” It’s a cry into the wind about… pretty much everything in modern culture. An excerpt:

The joke, of course, is that every generation kills the thing they love. The hippies became yuppies; Gen X talked a lot about the revolution, and then went and got themselves some venture capital and started laying into place the oversaturated, paranoid world we live in now. A lot of them tried to tell themselves they were still punk as fuck, but it’s hard to morally reconcile the thing where you listen to Fugazi on the way to your job where you help find new ways to trick people into giving up their data to advertisers. Most people don’t even bother. They just compartmentalize.

The Center for Investigative Reporting has released Daffodil Altan’s short doc on teens and solitary confinement.

Quality over quantity. Introverts tend to have fewer friends but form deeper bonds with each relationship. Commonsense would tell you that the same would apply to networking. What’s the use in picking up those ten business cards if you’re only going to use them as a receptacle for chewed gum? If you walk away from the festival with one lasting relationship, you should consider that a success. Acquaintances are nice, but wouldn’t you rather meet someone who shares similar taste, someone who will take the time to actually watch your movie, someone who will support your future projects and maybe even collaborate on something? Good working partners are hard to find, as are good friends, and one meaningful relationship can be just as valuable as ten different handshakes.