Thinking About Screenwriting in a New (Old) Way Or: A Call To Arms! 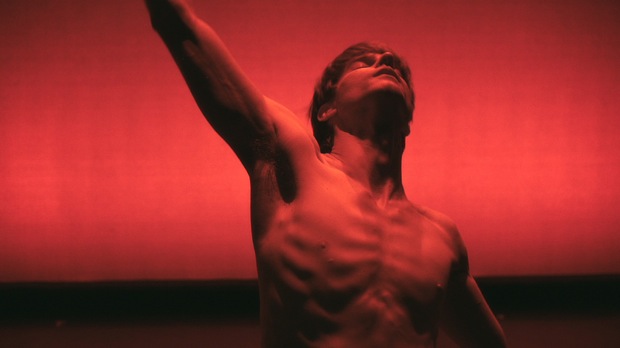 When I wrote my recent feature Test I ignored the usual advice about screenwriting structure. It was a leap of faith and an experiment in not knowing. Compared to earlier writing experiences (a co-written first feature, The New Twenty, and two other scripts that didn’t get made), the process may have been difficult, but it felt right. In addition to letting myself not know the story until after it was written, I also ignored standard industry orthodoxy about keeping description to a minimum. I wanted a movie with long sequences that had no dialogue, that depended on image and sound. If I didn’t want a 50-page feature film script, how could I do that without elaborating on the visual and descriptive elements?

Sitting down to write, I did have a strong sense of what my tone would be, and I had a protagonist and setting: a nervous young male dancer in 1985 just as the AIDS epidemic was exploding but before there was a test for HIV. But I made no outlines. I planned no arcs. I crafted no “turning points” in advance. I just wrote. Bit by bit, moment by moment, scene by scene, I let the story speak to me.

As I was writing I was pretty sure my lead character Frankie would end up, in the final scene of the movie, in bed with another character named Tommy. (Warning: spoiler ahead.) But when I got to the end, it hit me in a wonderful “D’oh!” moment that instead he should end up in bed with a very different character, the bad boy named Todd. Then I looked back at the script and saw that the seeds of this new plotline had been magically planted without my knowledge, and all I had to do was go back and give these beats a little love so everything lined up (to mix several metaphors).

I have seen the new ending delight audiences at festivals worldwide. It’s a mild, contented kind of delight suffused with hope and tempered by the seriousness of the subject, and that’s exactly the kind of philosophical and tonal note it now seems perfect to end on. Test isn’t another elegy about the AIDS era. We have seen the elegy. It’s something else. It is, to put it bluntly, about hope. But as for the new ending relative to the writing process, the point is, as Robert Frost said: “No surprise for the writer, no surprise for the reader.” I don’t think this ending, and the movie as a whole, would be fresh if I had planned it all out.

Coming out of this experience I have become a preacher for doing it differently and a critic of the status quo. So if you really don’t care what I think, stop reading now. Who am I to pontificate, after all? I’m just another independent filmmaker with two features under his belt and there are a lot of us. On the other hand, if you’re sick of the accepted wisdom about screenplay “structure” and how to write within that form, then I issue a call to arms: Let’s move (at long last!) away from the last thirty years of now-institutionalized screenplay-writing group-think! (Caveat: I’m not talking about TV, with its long form and team-driven process, just movies.)

Why do we plan it all out? In every other form of story-driven fiction – the short story, the novel, playwriting – it’s a well known foundation of the process that the writer does not know what she’s writing until after she’s written it. The process involves getting comfortable with uncertainty and trusting the story to reveal itself to you. (Two good books that talk about this process in more detail: Dani Shapiro’s Still Writing and Anne Lamott’s Bird by Bird.) Sure, the writer might have a frame or theme or starting point – a moment, a character, an idea – like “old age in an urban setting” or “mother daughter conflict” or “roadside bomb diffuser” or “young male dancer in 1985.” But that foothold or frame aside, the idea of outlining and plotting in advance (Screenwriting Orthodoxy demands an advance knowledge of Goals! Turning Points! Act Breaks! Character Arcs! Character Back Stories! Etc.!) is pretty broadly shunned by other forms of creative writing. So why does screenwriting think it’s so special?

Historically we can maybe trace it to the Syd Field moment, but it’s not fair to say anything was “caused” by him, because the Screenwriting Process Orthodoxy Movement (SPOM?) was a cultural and historical development larger than any individual. Fueled by money and therefore fear, hope and impatience; by the momentum and bottom lines of graduate programs and an ever-growing wall of books at Barnes & Noble; as well as most of the industry in Hollywood — which altogether is a lot! — there is real cultural and historical force behind SPOM. I see it as a little like the low-fat diet movement of the last 50 years: deeply entrenched, fundamentally wrong, very difficult to dislodge.

There are a lot of very smart people who have bought into the SPOM paradigm, probably for job-protecting reasons, whether they know it or not. Others pay lip service to it. And the Really True Believers defend their Orthodox Position by pointing to great movies and saying: See! Three acts! And look at those perfectly timed turning points! I can graph them out for you! They give it all the patina of science. But as science, or basic logical analysis, this is nonsense. Finding the form you were looking for proves nothing other than: you were looking for the form and you found it. Does the form exist? Sure, why not. So do a lot of other forms we might find. But the main point is the outrageous leap the SPOM True Believers make, which is: Now That We Have Identified The True Form Of Movies, We Must Reverse Engineer To Write Them In This Form. This conclusion is almost Orwellian in its circular stupidity. But answers are reassuring and we love a quick fix. Also, entire institutions and economies are now built around these assumptions. Luckily, we have something called independent filmmaking. How independent can you be?

I’m not denying that mainstream and independent feature films do tend to break up into large parts of roughly equal length (a.k.a. three acts that are really four; see Kristin Thompson’s Storytelling in the New Hollywood for a brilliant rethinking of the “act” paradigm). Nor am I denying that all kinds of well-known structural elements in narrative movies are useful to the craft: turning points, wants/needs, act breaks, beats, etc. I’m simply saying: so what? It’s better to forget about all of that and just write, and you have a better chance of doing something original if you do. You can always look at the shape of the thing later and adjust it.

After all, wouldn’t you rather watch a movie — like Boogie Nights or Boyhood or Blue — that is genuinely different? That explores digression in a fearless way (Boogie Nights), or takes a profound conceptual idea, courtesy of Roland Barthes, as the heart of its story (Boyhood), or writes with image/sound rather than dialogue (Blue)? Thinking in the same way about creative work will probably lead to more of the same, and the SPOM True Believers are nothing if not same-thinkers. But who wants more of the same?

So: a call to arms! Let’s take back screenwriting from the three-act deterministic formula peddlers, no matter how intoxicating and “proven” their methodological snake oil might seem, and let’s jump into the creative waters that all the other creative writers have been swimming in rather expertly. Let’s admit a) we don’t know what we’re doing and b) that’s as it should be. Not knowing is fun. Jump. Chances are you’ll swim.

Chris Mason Johnson’s new feature film Test was a NY Times Critics Pick and now streams on Netflix. His first feature was The New Twenty (2009). Chris also teaches film production and screenwriting at Amherst College and California College of the Arts in San Francisco. He danced in the Frankfurt Ballet and with Mikhail Baryshnikov in the White Oak Dance Project before transitioning to film.