“I’m Not Trying to Wreck Anything”: Douglas Trumbull, Kubrick and Truth at 120 Frames-Per-Second 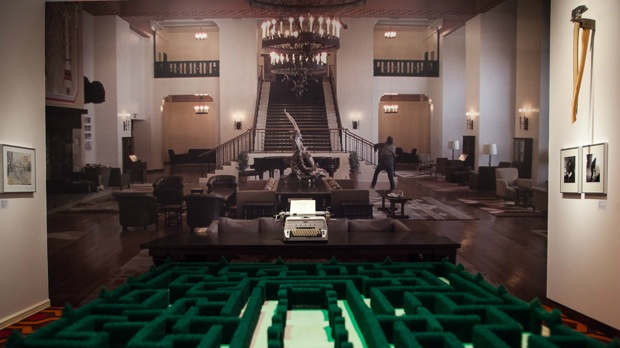 Jean-Luc Godard said that cinema is truth at 24 frames-per-second, but Douglas Trumbull feels it should be 120, or at least 60.

The director and special effects wizard behind Blade Runner, Close Encounters of The Third Kind and 2001: A Space Odyssey speculated about the future of cinema at the TIFF Bell Lightbox last weekend as part of a Stanley Kubrick retrospective.

A sold-out audience of mostly male cinephiles and tech-heads listened intently to their SFX guru as he denigrated the standard 24 fps format of today’s cinema, though he admitted, “It’s a beautiful medium. I’m not trying to wreck anything.” However, 24’s blurring and strobing projection needs an upgrade in order to battle the current decline in American moviegoing. Increasing picture resolution, Trumbull surprisingly said, is not the answer. Instead, the solution lies in designing more spherically shaped cinemas with steeper seating and wider screens, and most importantly in boosting the frame rate. “Immersive experience” is his mantra.

In the late-’70s, Trumbull championed Showscan, a 70mm system that ran at a scintillating 60 fps but never caught on in movie houses. However, recent digital technology ­and the rise of HDTV and tables competing for box office dollars ­has both revived and challenged his dream. For the Toronto audience, Trumbull projected a 10-minute film-in-progress, UFOTOG, about a tech nerd who tries to prove extraterrestrial life, that he projected in 3D at 120 fps. UFOTOG was astonishing to see —  bursting with razor-sharp clarity and depth, yet suffering zero blurring and strobing.

Though Trumbull was promoting 120 fps as the future of cinema, he admitted its limitations. “As soon as you increase the frame rate it becomes more real, which I think is inappropriate to fantasy,” he said in responding to a question about the blowback Peter Jackson faced shooting The Hobbit at 48 fps. It comes down to “thoughtful and creative exploration” to discern how this technology will work.

That spirit drove him and Kubrick to develop the revolutionary special effects of 2001, a film at the heart of the TIFF Kubrick exhibition. Kubrick’s career lies on display at the Lightbox for the next two months, and 2001 takes up the most room: the model spaceship, the original Starchild, the monolith, Dan Richter’s Moonwatcher costume, and Keir Dullea’s space suit and backpack are all on display.

Highlights from other Kubrick films include a model of the War Room built for Dr. Strangelove; the Redrum door from The Shining; period costumes from Spartacus and Barry Lyndon; spiteful letters from Christian groups condemning the “indecent” Lolita; a bunk bed and rifle from Full Metal Jacket; Allen Jones’ notorious forniphilia sculptures from the Clockwork Orange‘s Korova Milk Bar; a huge collection of his camera lenses, including the 50mm Zeiss Planar that captured the candlelight scenes in Barry Lyndon; production drawings from A.I. Artificial Intelligence; and a six-foot high chart of “sequences” that outline the structure of Kubrick’s legendary never-made epic about Napoleon.

The collection upholds Kubrick’s reputation as an uber-meticulous director, consummate researcher and a director always innovating. So is Trumbull. All his career, Trumbull said he’s been trying to create “an immersive cinematic experience where the movie engulfs you and you feel like you’re inside it. It’s a sense of willingness to go into the unknown that is so much fun for me.” He added: “That’s what I loved about 2001. We had no clue how to make that movie, and we figured it out as we went along. And that’s the way I like life to be.”