Should Documentary Filmmakers Be Friends with Their Subjects? 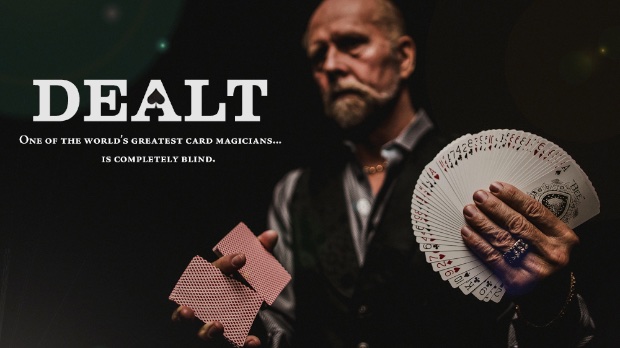 Luke Korem is in the final days of an Indiegogo campaign to fundraise for Dealt, his documentary on the amazing blind card magician Richard Turner. During the course of filmmaking, he’s become friends with Turner, and below he discusses that friendship within the framework of documentary ethics and practice. Read and consider visiting his Indiegogo page and contributing.

It’s the question every documentary filmmaker will at some point ask themselves: “How close should I get to my subject?” Making a documentary is like running a marathon with no definite end in sight. It takes time and 100% commitment to your subject. For anyone who has been through the process, you understand the feeling of being immersed into the world of your subject. During this intimate and at times grueling process, it’s natural to take a step back and wonder, “Am I getting too close?” In the case of a character-based film, one asks, “If I befriend my subject will I lose my objectivity? Or will it aid me in telling the full story? Can I balance both?” The current film I’m directing caused me to pause and wrestle with these questions.

He’s one of the world’s greatest card magicians… and he is completely blind. I’ve been directing Dealt for the past 18 months, the magician’s name is Richard Turner, and he is the most off-the-wall, entertaining and inspiring character I’ve ever met. He also loves the camera. Dealt is a mixture of his past and present life, so vérité is a must for this story. My doc crew and I have followed him everywhere: on stage, back stage, on the road, and at home. We’ve been there for family dinners, birthday celebrations, his son’s graduation and even during a recent surgery. Early in the process, his family became so used to the camera they invited me to spend the night to start filming early in the morning. I felt like part of the family.

But after four months of production, I stopped to question myself. Was I becoming less of a filmmaker and more of a friend? Was this relationship good or bad for the film? Perhaps you have found yourself in a similar situation. What I’ve come to find is there are many benefits to being a friend.

Getting Comfortable with Conflict
In writing a good script, the author throws the central character into conflict, and once it is resolved more conflict awaits. It’s the ups and downs that make the story interesting and exciting. In the case of making most documentaries, you as the filmmaker are to not create conflict but rather uncover and hopefully capture it. Without knowing your subject personally this can be very uncomfortable and often futile. Having traveled to 15 cities with Richard and spent a thousand hours together in cars, planes and hotels, we have grown to be friends. We have also had our share of run-ins which only makes that friendship deeper. We understand one another and have learned to trust each other. Because of that I can ask Richard questions that would have at one time been uncomfortable. In return, he answers me with transparency because he trusts me and so does his family. I’m more than a filmmaker – I’m a friend.

My previous documentary, Lord Montagu, did not provide me the same opportunity to establish a personal connection. That film centers around a British aristocrat, aged 86, who lives in a castle in England. I am a Texan who at the time was 28 and living in a one-bedroom apartment. Not only did we come from very different worlds, but we weren’t able to spend much time getting to know each other. It took four years and many trips to England to break down walls, establish trust and develop a good film. Montagu and I gained a mutual respect for one another, but — to no one’s fault — we never truly became friends. The film turned out to be a beautiful portrait, rich in history of his wonderful but occasionally turbulent life, which few knew. However, looking back objectively there were topics that we were never comfortable discussing, and layers that perhaps could have enhanced the story that did not get peeled back. With Dealt, I have a central character who is accessible and who embraces (even relishes) the filmmaking process. As a result, I’ve poked and prodded so many times that I don’t hesitate, because I know if I step on his toes then our friendship is strong enough that we can move past it. It makes everything so much more relaxed, and the film will be more personal. 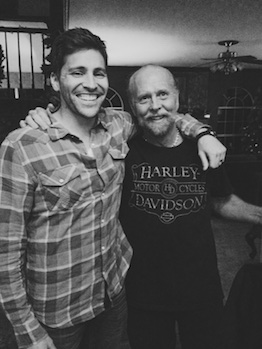 Seeing the Full Picture
When I first met Richard, I was amazed by his story. At age nine, he lost his sight to a degenerative disease which he was told would eventually leave him in a world of darkness. As you might imagine, he was picked on and felt helpless throughout his formative years… until he found hope in a deck of cards. Over the next 20 years he practiced ten to 12 hours a day, relentlessly pursuing his dream. Today, he is arguably the greatest card mechanic/magician in the world. For the first few months of filming it was hard to feel anything but inspired. However, as we became friends I learned about the other side of the coin that often comes with greatness. I discovered Richard can be too disciplined. His first marriage dissolved in part due to his obsessive practice habits. We even learned of an instance with his first wife when he was shuffling cards with one hand while they were making love. Not only does that story provide good comedy, it also begins the journey of asking more questions. As I’ve learned from watching some great recent documentaries, a great film provokes the audience to question even the good and amazing. But as a filmmaker, it’s tough at first to question the spectacular elements of your subject. Through being a friend to Richard I’ve learned a lot more about him and myself. I’ve been able to put myself further into his world and in those around him and ask questions that I otherwise would never have thought about looking from the outside in.

Motivation to Last
I haven’t befriended Richard just to make a better story. I genuinely care about him as friend, and I know after the cameras stop rolling we will remain life-long friends. That bond we have has ignited a strong sense of responsibility — almost a burden — to tell his story in the right way. I want it to accurately portray the person I’ve come to know. I want the highs to reflect the highs and the lows to reflect the lows. I want it to capture his overwhelming energy, corny jokes, incredible determination and the inspiration he is to thousands. We filmmakers know it’s a slow-burning process to finish a good documentary. There are long hours and never enough money to fairly compensate the amount of stress that goes into it. But whenever I hit a wall with this film, I often think of how hard Richard has worked to get where he is in his life. And that motivates me even more.

Final Thoughts
When I was a teenager, I never wanted to make documentary films. They weren’t sexy enough. However, over time I’ve realized the films that have impacted me the most have a basis of truth. Documentaries are truth, and they can be extremely powerful. They can challenge, inspire, and open us to a whole world we knew nothing about. A documentary can cause a movement and change lives. However, to really reach deeply into the soul of an audience, the film has to be personal. It has to feel like a secret is being revealed or something special and intimate is being shared. Without that personal connection it can be a good documentary but it won’t be great. It’s an honor and a privilege to make a documentary film. I encourage you to get personal with your subject. If being friends is in the cards, then do it and be genuine. Know your subject on a deeper level, and I believe your film will benefit. Please feel free to comment. I’d love to hear your thoughts and experiences that perhaps differ or align with getting to know your subject.