by Scott Macaulay
in Filmmaking, Uncategorized
on Jul 8, 2010 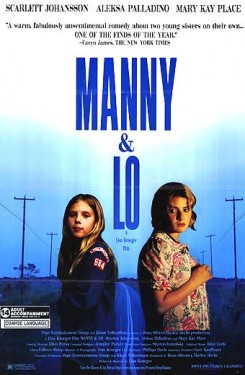 Tuesday on the blog we asked what films inspired young viewers (in their 20s or below) to identify with the independent film movement. Here are responses from filmmaker Lena Dunham (Tiny Furniture).

I was raised on independent film — spent hours every afternoon in Tower Video and Kim’s. My parents always encouraged me to rent more obscure titles and Disney seemed like an exotic treat. I had a John Waters-themed 3rd grade birthday party that many children left crying (I think the choice to show Pink Flamingos was a flawed one. the blame falls to my mom…)

In terms of indies that personally rocked me emotionally/made me want to be a filmmaker myself, the list is as follows (and i’m defining this as films I watched over and over, that spoke to either who I felt I was at the time, or who I wanted to be. It’s funny, because now I find some of these films embarrassingly dated, or just plain clunky. but at the time they were a revelation, and it was clear to me they were really made by someone with a distinct voice (as opposed to my childhood feeling that movies just appeared, magically — these ones clearly had a creator.)

Manny and Lo (still love this)

Gas, Food, Lodging (I now find the film a bit cheesy and heavy-handed, but at the time I first saw it I was in my early teens and wanted to go live in a trailer)

Kids (I never liked it. I was, however, completely obsessed and would occasionally go to Union Square and try and spot some of the skateboarders I knew had been in the film.)

Party Girl/Johnny Suede. (I group these all together because they had a sort of surreal comedy meets melodrama quality that I found really appealing. They made me realize a film could have a tone that didn’t fit into typical ideas of genre. This was later proven to me, more effectively, by Hal Hartley movies, specifically Henry Fool.)

Chasing Amy! It was so dirty and sexy and fun! Also, as a teen Ben Affleck starred in these really bad science films called “Voyage of the Mimi” that Friends Seminary used to teach in 6th grade science, so when Chasing Amy came up it was a whole new side of Affleck.

All The Real Girls (in my late teens, I watched this movie once a week for awhile.)

Funny Haha will always be important to me because I’d never seen anything like it and it convinced me making movies was a feasible goal.