“I Never Expected It Would Go This Far”: The Amina Profile | Director Sophie Deraspe 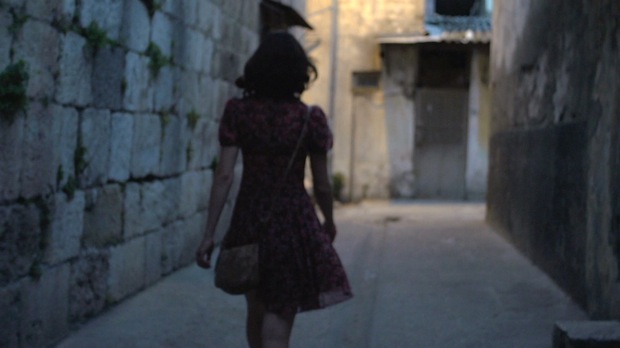 The Amina Profile documents a huge fantasy, which unfolded mainly online, involving lesbian erotica as well as political activism during the Syrian revolution. Given that The Gay Girl in Damascus blog was a phenomenon of the social media era, I asked myself how I could include it in a film in which the visual component is key. How would I present the events surrounding abduction and a subsequent investigation when everyone involved stayed behind the monitors of their computers and electronic devices? How would I document a love affair when its two protagonists never actually met? These were the first unanswered questions that generated the most fear over making this film. As a filmmaker, I had to measure up to a larger-than-life story that didn’t give me much to grab on to in terms of physical events. What would I actually film? And I remember meeting a Sundance programmer who found the series of events fascinating but was eager to know how we could make it cinematic. I had to find the specific “language” for this film. While avoiding actual re-enactments, I played with fictional codes a lot so that the audience would become immersed in the fantasy. And at the same time, I had to take risks and trust reality. So I set out on a journey around the world with Sandra Bagaria, Amina’s betrayed lover, to have face-to-face encounters with the key people involved in the scam. At first I felt the story hadn’t completely played out, but I never expected it would go this far… Documentary can be truly powerful.