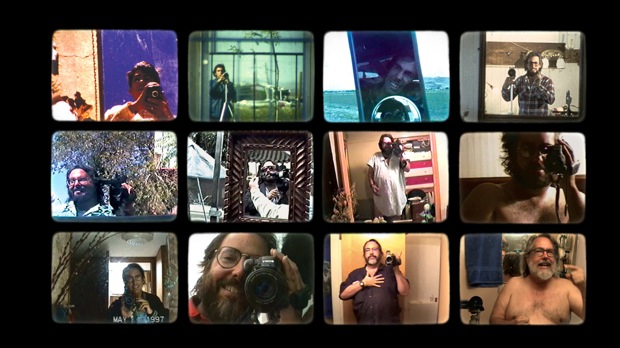 Fear is my prime motivator, the force that scares me to make films in the first place. Maybe it’s egotistical but I can’t imagine just leaving behind an ugly corpse and an unpaid university debt. I was scared the entire time making this film, listening to that demonic, self-doubting, nagging Woody Allen voice in my head, telling me no one is going to want to see a film about a guy who has filmed himself doing nothing for 50 years. Was this guy worthy of a feature film, of an audience’s time and money? I thought he was but maybe this is a grand folly. I still don’t know for certain. I’m writing this the week before the film premieres at Sundance and that voice is still telling me that people are going to think it sucks.

The truth is deep down I am proud of it. If I saw the film I’m sure I’d like it. Also I think there would be something wrong if I wasn’t scared shitless. Without fear I’d feel that I hadn’t gambled enough. Fear and doubt are fantastic motivators and self-regulators, they make sure you work tirelessly and take risks. They make you question everything you do. They try to protect you from being boring. Ultimately when I make a film there is everything to fear including the fear of not feeling fear. I’m not sure then that it should be conquered – it’s too useful.