Journalism is an Active Practice: Five Takeaways from Anna Sale on the She Does Podcast 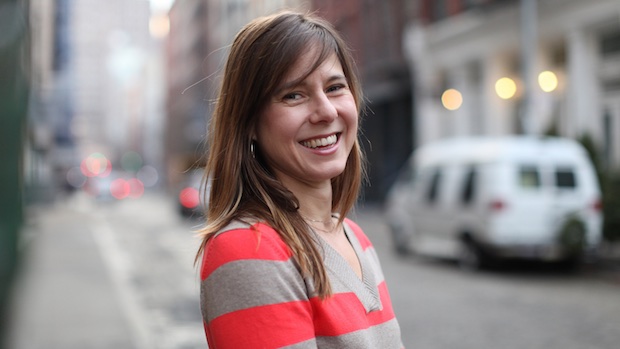 by Elaine Sheldon and Sarah Ginsburg
in Filmmaking
on Feb 11, 2015

Episode Three of She Does Podcast features an intimate conversation with the lovely Anna Sale. Anna is the creator, host and managing editor of WNYC’s podcast, Death, Sex & Money, a biweekly show featuring intimate interviews with both celebrities and commoners alike that has risen to the top of the iTunes charts. She’s a public media veteran who covered the 2012 presidential campaign and has contributed to This American Life, NPR, Marketplace, Studio 360, PBS Newshour, and Slate. In this episode, Anna talks about her West Virginian (or Appalachian) roots, being a self-proclaimed “honorable detector of snobs,” coming into journalism as an activist, landing her first job, coping with divorce, the art of the interview and the challenge of telling stories that aren’t often featured on the front page. You’re in for a real treat. Anna has a special gift, a voice made to be heard. You can hear the smile in her voice.

Journalism is an active practice.
Through college, I was always trying to figure out if I was the book-ish person who observed from a distance or the person who felt more energized by being in the middle of things. When I thought about journalism when I was in high school, it felt like when you’re a journalist you are basically surrendering your right to be an actor. You’re the person with the notebook who can’t have any passion. And then I found, after being an activist and then having the experience of being a journalist covering politics, where you get to elbow your way to the front of the scrum of reporters and ask the governor a question, that’s a very active practice.

Starting in a smaller market has its perks.
I feel grateful that my first job was in a small place (West Virginia Public Broadcasting), where they taught me how to edit and how to hold a mic and then said “tell us your story ideas and go do it.” I think people can start their careers anywhere, but I think that the time of nurturing your voice and figuring out what stories you’re drawn to and then getting to tell them is so important. The stakes were lower than being on the air at WNYC, but I could explore. And if you’re interested on being on NPR, nobody else is there. So when news happens where you are, you get to tell the story of the place where you are.

On being an “honorable detector of snobs.”
You don’t grow up being a snob living in West Virginia. You don’t grow up being dismissive of rural people or people who are poor or people who struggle. You get that there’s such a value to small communities that take care of eachother. And they’re often not portrayed fairly or with kindness in the media, and I think a lot of that is just straight up classism. So I appreciate that I have a well-honed and honorable detector of snobs.

On being one of the women pioneers in public media podcasting.
When I started working on Death, Sex, and Money, which was in 2013, the landscape was very different than it is now. Not only were podcasts male dominated, and you can still see that when you look at the top podcasts in iTunes, but listeners are male dominated. There has been a conversation in public media about highlighting women podcasters and I think that’s really starting to show. I’ve certainly felt listeners responding to me. You hear from, mostly women listeners who say, ‘It’s just really nice to hear a woman host.’ They respond to stories about my personal life and about the particulars of being a woman in her mid-30s thinking about family and career. At the same time, when I was putting together Death, Sex & Money, I tried to be really deliberate around making sure I wasn’t thinking of it as a women’s show or a show where we talk about women’s stories or the women’s view on things.

Being the voice and host of a show puts your personal life on display.
I think the hardest thing was the decision to talk about my personal life and my relationship and name my partner, and acknowledge that we’ve gone through difficult periods. Because there’s that little voice in the back of your head that’s like, ‘Your life could blow up again, Anna.’ Remember how hard it was to figure out how to subtly hint at people you were divorced on Facebook? It’s going to be a whole different ball of wax if you have this podcast built around this personality and this relationship.’