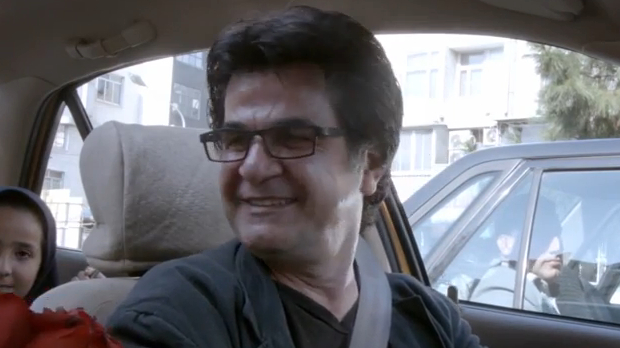 by Giovanni Marchini Camia
in Festivals & Events
on Feb 17, 2015

In the weeks leading up to this year’s Berlin Film Festival, the festival’s press office revealed an increasingly enticing succession of titles competing in its main slate, generating very high expectations. Somewhat incredibly, they were met. While the Berlinale’s Competition customarily offers a few good films amongst a lot of mediocrity, the trend was reversed this time around, with easily the most outstanding selection in recent memory. In an equally welcome turn, the prizes awarded by Darren Aronofsky’s jury fully reflected the program’s quality, rewarding the most deserving entries while confirming the Berlinale’s avidly nurtured reputation as the most politically inclined of the A-list film festivals.

The Golden Bear went to Jafar Panahi’s Taxi. Lest there be any suspicion of partiality considering Panahi’s status as a cinematic cause célèbre due to his 20-year filmmaking ban, Taxi (the director drives one through Tehran) was not only surrounded by far less media brouhaha than his previous ban-defying efforts, but it also happens to be the most cohesively constructed and lucid of the three. With extremely limited means, Panahi crafts an intricate and multi-layered meta-reflection on his current predicament that extends to an assessment of life under Iran’s authoritarian regime and art’s imperative role in preserving freedom. These themes, while pronounced, are seamlessly integrated into a fascinating formal experiment (comparisons to Abbas Kiarostami’s Ten are only superficially valid) as well as a compelling narrative alternating between the comic and the tragic without ever relinquishing its fundamental solemnity.

Pablo Larraìn’s The Club, recipient of the Silver Bear Grand Jury Prize (i.e. second place), pulls off a similar feat in its adroit balance of forceful symbolism and engaging storytelling. Larraìn’s scathing tone, however, couldn’t be more removed from Panahi’s level-headedness. The Club’s allegorical narrative — in which a home for former priests is exposed as a Church-sponsored sanctuary for child molesters and Pinochet collaborators — bubbles over with the Chilean director’s rage at the institutionalized hypocrisy that continues to obfuscate his country’s past. Although the violence, both explicit and implicit, reaches nigh traumatic extremes in an integral part of the film’s willful refusal to euphemize, it feels entirely warranted.

The Alfred Bauer Prize “for a feature film that opens new perspectives” was awarded to one of the two debuts in Competition, Ixcanul Volcano by Jayro Bustamante. Although up to last year, the award’s title stipulated that the recipient should open “new perspectives on cinematic art,” the shortening is opportune. Ixcanul Volcano may not break any new ground on a stylistic level, but it’s nonetheless a powerful and highly accomplished debut deserving recognition. Moreover, with its social realist focus on Guatemala’s contemporary Mayan population, it offers a portrait of a largely unseen community refreshingly free of exoticism (the remarkable unprofessional cast helped co-write the script).

The other debut in Competition was Sworn Virgin by Italian director Laura Bispuri. In the film’s first half, which depicts an Albanian girl’s complete repression of her sexuality in an arch-patriarchal society, the gender politics are laid out in a too blunt and schematic manner, sapping a lot of strength from the grim narrative. In this regard, especially considering the competition, it’s unsurprising that Bispuri went home empty-handed. However, Sworn Virgin still merits mention as a promising first feature. Once the film’s politics have been laid out, Bispuri proves herself a very keen director, conveying her protagonist’s emotional struggle to recover her sexuality with remarkable tact and insight. A lot of the merit also goes to Alba Rohrwacher’s excellent performance, which in other circumstances could very possibly have earned her the Silver Bear for Best Actress.

Unfortunately for Rohrwacher, she was up against Charlotte Rampling, so phenomenal in Andrew Haigh’s 45 Years her victory was as good as predetermined. The Best Actor award went to her co-star Tom Courtenay, also a deserved win. In 45 Years, Rampling and Courtenay give two exceptionally nuanced, mutually complementary performances as a couple whose 45-year marriage is put under strain by the resurfacing of ghosts from their youth. In addition to creating a wholly convincing couple, whose dynamic keeps the slender plot on a steadily intensifying and continuously compelling trajectory, Rampling and Courtenay also granted the film amply merited official acknowledgement through their twin victory. With its tight romantic focus and lack of ostentation, Haigh’s film is not the type to garner festival awards. Nevertheless, it’s a glorious achievement in understated direction and perfectly written dialogue, working as a superb complement to – and improvement upon – its predecessor, 2011’s Weekend.

Thankfully, the jury wasn’t influenced by the enormous hype surrounding Terrence Malick’s Knight of Cups, which didn’t receive any awards. An improvement on the unendurable To the Wonder, it’s still a condescending exercise in jejune philosophizing whose vapidity is camouflaged in breathtaking aesthetics — aesthetics that, it must be said, are starting to lose their novelty, suggesting that Malick could well benefit from another lengthy hiatus. The other revered auteur in Competition, Werner Herzog, was also justly disregarded at the awards ceremony. Queen of the Desert is without a doubt Herzog’s most conventional film to date, a surprisingly bland historical epic that, despite a strong central performance by Nicole Kidman and some gorgeous desert scenery, is completely devoid of the director’s cherished idiosyncrasies.