“I Still Love Film, But This is the New Golden Age of TV, with Deeper and Darker Approaches to Storytelling”: Molly Breeskin on Developing Television 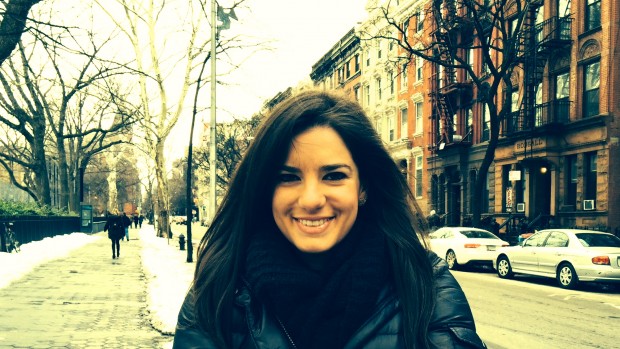 I remember my first summer in New York. Washington Square Park was my backyard, I had an unconvincing fake ID that somehow worked, and I ate frozen yogurt for breakfast. I also remember spaceship battles and Cylons because when I wasn’t outside living the dream, I was in a Battlestar Galactica fantasy in my dorm room. And when I wasn’t binge-watching the television show, I was dreaming about it.

The memories of my first summer in New York are largely constructed around this BSG association; it’s as if the context of my real life has been grounded in the memories of the fantasy one. I similarly refer to the Harry Potter books to chronicle my past. I was in driver’s ed when Dumbledore died, and I was skipping theater class at summer camp to finish book seven. Today, I can be so absorbed in a book that I resurface to reality only when a train stops at the end of the line and I’m on the wrong side of a city. Lost to the real world in the moment, I’m somehow able to fill in the gaps later by remembering the book. I suppose stories organize my memory because they freeze time.

As a fully immersed, non-multi-tasking type, the tendency to binge-read has barely improved from the years of sneaking Harry Potter all-nighters. And nowadays, it’s inconsequential that I’ve never slept in a bedroom with a TV. Without the luxury of a final train stop to jolt me back to reality, I find myself in bed with my Mac, watching an episode or two, and then another, until I’m greedily making up for years of lost bedtime TV in one sitting.

If my streaming habits make me uneasy, it doesn’t show. When I’m in the world of a story, nothing else matters. The real world will find its way back to me at some later date, somewhere in my memory. Or maybe, my future will just be an endless and inescapable virtual reality. But that future isn’t up to me. While TV innovators and masterminds like Molly Breeskin are shaping our TV futures, I get to sit back and stream.

Breeskin is currently the Creative Executive at Big Beach TV, having previously worked for Big Beach Films. Other than a variety of production, assistant, and nannying jobs, she landed what she calls her “dream job” within one year of moving to New York. Breeskin previously worked at a law firm in Denver before moving to Buenos Aires to teach English and enroll in a film program, while also continuing to work part-time for the law firm. She is a graduate of Tulane University.

Did you always plan to work in film?
I grew up doing theater and was obsessed with movies and pop culture. But when I went to college, I flinched a little because I thought it foolish to view entertainment as a viable career option. I started in business but abandoned it and ended up studying Spanish and Art History. By the end of college, I found my passion shifting back towards film, but I was afraid it was too little too late, since I was set to graduate with non-film majors.

So how did you end up in film?
After living abroad for a little over a year, I gained the confidence to head to New York and pursue film, which had always been my dream. At first, I felt behind the curve because I hadn’t gone to film school or done internships in the industry during college, but I was blissfully unaware that other people were so much more prepared. I really just went for it, and it wasn’t long before I was lucky enough to get a job at Big Beach.

After four years working for Big Beach, how are you finding the transition from film to the new television division?
Whether a film gets picked up for theatrical or VOD release, the life of a film can be explored after it’s made. But TV is a more complicated front-loaded process because you have to sell the idea or sell the pilot, and there are so many ways it can happen — you can pitch the idea first or sell the pilot or have an entire package ready to go. Essentially, we are trying to develop projects in a variety of ways and hopefully find the right home for them. We don’t have any studio deals, and we aren’t repped by an agency, so we are independent in every sense of the word. It’s sort of wild with people like Woody Allen making shows for Amazon. The competition is arguably stronger than it’s ever been, but we are in the center of the action, and the action is right here in TV.

The television company includes Dan Pasternack, Erin Keating, and you. Being such a small team, is it more important to have similar tastes or different ones?
It’s not a hard and fast mandate, but Big Beach really strives to make projects that are ultimately uplifting, so taste and a certain sensibility is such a big part of what we are doing. But it’s important to have different opinions. There’s always a little back and forth about different projects, but that’s healthy and totally necessary. When you have those conversations, you start to reveal the real contours of a project. We don’t all have the same taste, but we all want to make the same breed of human stories.

Do you miss film?
I still love film, but this is the new golden age of TV with deeper and darker approaches to storytelling. Television is where the most exciting storytelling is happening, and the world is finally ready. When I was first starting out, “mini-series” still felt like a bad word. There was something low-brow about the concept of a mini-series, but the tables have turned, and now a limited series is one of the most exciting places for stories. A lot of filmmakers have been burning to tell longer stories, and now that the world seems hungry for more novelistic storytelling, they can. Indie filmmakers are very much part of this new wave.

It’s not as if you’ve been exiled from the indie film community by transitioning into TV?
No, not at all. There aren’t hard lines between the two worlds. So many artists are working in both and are eager to keep working in both. It’s a powerful moment where people are looking to move forward together.

How do you envision the future of film and TV?
Five years ago, I wouldn’t have been able to predict that TV would be so well bred and that people would want to talk about TV in the way they do now. The future? It’s tough. I don’t know. It’s interesting to consider how technology will further influence the conversation. Essentially, I think the people who are doing the most interesting work are totally open to forgetting about everything they’ve learned or about the lines they’ve previously colored within. In ten years, people may not think about TV and movies in the boxes we have for them now. They may view content so differently. Storytellers today have to be prepared for the unknown and become masters of constant change.

How have you learned to work most effectively with storytellers?
My bosses are huge influences for me. Peter Saraf and Marc Turtletaub [Big Beach Co-Founders] create a unique environment in which writers and directors are free to express their most intimate thoughts and ideas. From them, I’ve learned what it means to be a creative producer. Dan Pasternack is constantly inquisitive, willing to talk to anyone, whether that person is a filmmaker, an intern, or the head of a studio. He views all these conversations as important and is constantly learning from everything around him. Not everyone is like this. I’m so lucky to have hit the jackpot with bosses.

Who else has shaped or influenced you?
I have always been a little concerned by the fact that it’s rare to see women in powerful positions in this industry and even more concerned that perhaps the ones who have made it to the top have had to be that much more ruthless than their male colleagues to get there. But I’ve also been lucky to have women above me demonstrate that you can be kind and strong-willed and get as far as you want without having to be this way. Leah Holzer, Daniele Melia, and Erin Keating all work against any stereotype, and they also all have full personal lives outside of their successful careers, which has been such a hugely positive influence on me.

Is it challenging for you to balance a demanding job and a full personal life?
It’s not necessarily hard to find a job when starting out in New York, but it is hard to maintain stamina within the extreme pace of New York. You have to be willing to work really hard. In that way, you have to be competitive. You have to do whatever it takes, but yes, you also have to keep balance and perspective. It’s important to unplug a little, get out of the city and travel. I like to do things like dance class and run, read a book I feel like reading, just because. In development, you feel like you are always supposed to be reading for work, but if you don’t read what you want sometimes, or do what you love, who are you anyway?

How do you discover or consider potential projects?
It’s really important to use New York as a resource. The future of TV is in the comedy community and the theater community of New York. So many comedians are ready to produce and write and star in television shows. I try to tap into that. Theater is really a much bigger part of what I do than I expected. There are so many playwrights out there destined to be writing brilliant TV. It’d be foolish not to look to theater and comedy to find those voices, so it’s a major part of what we are doing. It’s not just reading scripts.

Is it ever awkward when actors, writers, or comedians find out you are essentially scouting?
It’s New York, so everyone knows that industry is always there. The focus for us is more about constantly making lists and thinking about who could have the right energy together.

Who is making the best TV right now?
I think British TV has been ahead of us for so long. Half of my favorite shows are British shows, like Black Mirror, or remakes based on British shows, like Getting On. They’ve made higher quality shows because they haven’t been afraid of shorter seasons, swifter storytelling, and more sophisticated satire. They’ve been thinking outside the box longer than we have.

What’s next?
I love entertainment and feel privileged to work on creative projects for a living, so whether it’s TV or film, I’d be happy. I’m not someone dying to do only one thing, but I love where I am right now because it’s such an exciting moment to be working in TV. I’m still at the beginning and still learning.