Other Kinds of Violence: On Today’s True Crime Renaissance 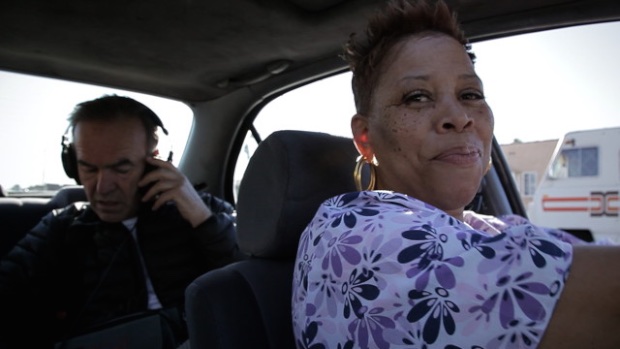 Tales of the Grim Sleeper

The evidence might be circumstantial but there seems to be a true-crime renaissance happening in the upper echelons of liberal-minded non-fiction. People have been talking about The Jinx and Serial the way I can’t remember people talking about non-fiction before — they get all excited and say OMG a lot. Like the smart soap operas of the so-called Golden Era of TV, shows like House of Cards or Games of Thrones, these shows are guilty pleasures you don’t have to feel guilty about because they are safely highbrow. And while they’re certainly smarter than the shows about violent murders of white teen cheerleaders on the premium cable channels, they still seem to be made to feed the same hyper-demand for content caused by a fractured marketplace and proliferation of platforms. And, at some level, they’re still exploiting our basest desires to be gruesome voyeurs. But at its best, this trending brand of true crime uses that appetite of ours for monsters and murders to force us to confront other kinds of violence that don’t bleed and therefore never lead.

In this vein, Nick Broomfield’s Tales of the Grim Sleeper uses the chilling story of over 150 murders by one man, the links between which for decades police didn’t even bothered to make public, to illustrate structural violence against Black women. Fresh off the festival circuit having played Telluride, Toronto, and the New York Film Festival, the feature is having its network premiere on HBO tonight. And while Broomfield is not new to true crime — he has made two films about serial killer Aileen Wuornos as well as a doc about Kurt Cobain that asks if his death was really suicide — his latest documentary is very much of our moment in how it contextualizes the crimes within the larger structures that devalue and endanger the lives of women of color — and it’s coming at a time when audiences seem primed to understand its thesis. The film’s festival debut came just after the Ferguson protests around Michael Brown’s death and its network premiere is coming after another police shooting of an another unarmed Black man, Eric Harris. Thanks to, among other things, social media activism and cellphone footage, while these deaths are certainly not unprecedented, white people’s awareness of these occurrences and the systemic racism that causes them arguably is.

Broomfield’s film is made for white people. He’s our guide into the world of suburban South Central L.A. where the candy-colored houses have bars on the windows and pit bulls chained up in their front yards. He plays the part of the bumbling Brit well, and his Englishness makes him less suspicious to the people he interviews. Early on, for example, a man on the street calls him a “peckerwood” from across the street, and he says he’s at first oblivious to it being a racially-charged insult and reference to a white power gang. He then ends up interviewing the heckler, who was a friend and neighbor of the accused killer, several times. As the movie goes on, Broomfield chooses to fade out of the picture some. He’s smart to let Pam, a newly sober former sex worker who knew the accused and knows the neighborhood, and who’s much funnier and more charismatic than him anyways, take over the screen time and the detective work. Partway through the film, Broomfield makes a point of saying that at that point she was “practically running our production.” The police say there was only one witness to the Grim Sleeper. The film ends with the interviews of several others who narrowly escaped him that Pam has tracked down.

The story of the Grim Sleeper that Broomfield tells is an urgent one, and he tells it in a way that lets women in the community speak for themselves. Members of the Black Coalition Fighting Back Serial Murders call out the negligence of the L.A. police and explain how their disregard put women in this community at risk for decades and resulted in more than a hundred murders that maybe could have been prevented. While a film like The Thin Blue Line points out law enforcement’s flaws and its potential for gross injustice, its story is exceptional. The story of the Grim Sleeper is different in that it is representational, and I think the audience Broomfield is making his film for is one that understands and is satisfied by works that acknowledge intersectionality and these larger narratives.

HBO recognizes there’s an audience and appeal for films like Broomfield’s and shows like The Jinx. Once you’ve identified there’s an audience that wants a specific kind of “smarter” content, you’re going to have producers who are going to make that content. In their serialized formats, drawing out their stories in these addictive series, both The Jinx and the podcast Serial seem like they are responding to that niche market’s demand. This kind of true crime content has always blurred the lines between journalism, art and entertainment, and sometimes when it skews too much toward the latter, it can feel a bit icky. Using the appeal of sensational violence to lure in the viewer to tell a more socially-engaged story seems nobly-aimed and pragmatic. But I wonder if these works end up mostly preaching to the converted, and if there’s any potential danger in the commodification of social justice-minded infotainment — a question also worth asking about Upworthy clickbait and Buzzfeed listicles. Rumor has it Vice, maybe the best example of an enterprise built on the blurring of journalism and entertainment, has a true crime show in production. And right now, Serial is looking for a story for its second season. I might come across a bit moralistic right now, but I think as this niche continues to explode, these questions might seem more and more relevant.

There’s a film that played earlier this month at Lincoln Center’s The Art of the Real that’s a provocative antidote to true crime as commodified entertainment. James Benning’s Landscape Suicides is centered around two murders: a 1984 stabbing, where one teen girl killed another teen girl in a California suburb; and the 1957 shooting of a store clerk in a Wisconsin farm town by Ed Gein, whose story, especially his penchant for mutilating his victim’s bodies and making things from their skin, made him a prototype for several pop culture serial killers including Norman Bates, Leatherface, and Buffalo Bill. When Benning made his film in 1987, it was still a year before Silence of the Lambs would be published but already Gein had been transformed into best-selling and box-office Horror, and maybe, Benning’s austere treatment of the case in his film is, in part, a reaction to this commodification.

Benning structures his film with two acts that parallel one another, telling the stories of the two murders one after the other. It’s a bare framework that begs you to compare the two landscapes where each crime occurred, Orinda, California’s lush green suburbia and Plainfield, Wisconsin’s flat snowy fields. Both are framed first in long driving shots filmed through the front windshield of a car and then long lingering static shots, and while the two places couldn’t look more different, they both feel profoundly lonely. These landscape sequences are intercut with re-enactments in which actors play the killers, their lines culled from courtroom and police-investigation transcripts. The dramatized interviews are anything but dramatic — they run long and the actors perform them with minimal affect — but the film’s over-the-top banality and monotony induces a trance-like state. Even the film’s most performative moments, two twin musical sequences, a teen girl in her bedroom and a ’50s housewife dancing in the living, a sort of tribute to the two victims, are exhaustively long and deeply weird. Unafraid of boring his audience, Benning dials back all the sensationalistic devices, and in the end, reaches a sort of frequency of a shadowy psychic place, a state in which human beings do inhuman things.

While I certainly don’t expect or suggest all true crime needs to be as formally experimental as Benning’s work, it’s a nice reminder of how expanded the possibilities are within the genre. And as there will be more and more documentaries and series digging into cold cases and brutal murders, maybe we can also expect more of this sort of self-conscious reaction to crime’s commodification.