Why Every Film Producer Should Own a Publishing Company 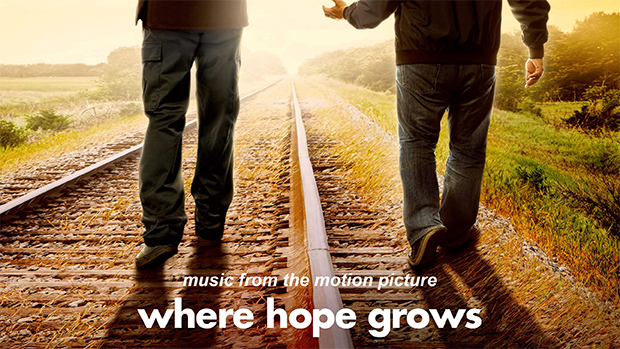 Why does someone who has various film producer credits on over 100 independent features and documentaries own a record label and a music publishing company? And why does this music company give its music away for free to independent films?

After two decades of producing independent film and clearing music for movies, I have come to the realization that every producer should own a music publishing company. As a producer, I have paid many record labels and music publishers to license music (I learned quickly one needs licenses for both “sides” — the master recording and the song copyright/publishing) and have filled out many music cue sheets for delivery.

In starting a music publishing company, I decided that we would give any independent filmmaker our music for whatever he or she can pay. We will do any deal desired, whether it be gratis licenses (yes, we will do free), step deals, “pay as you can,” “pay as you like” deals, most favored nations deals… Most folks assume this is maybe because our music is not good. Or, folks are so skeptical; they simply don’t believe it is true. But this is a true something-for-nothing deal. And here I will show you how it is a win-win for us and you and your film project. I will also show you how you may be able to follow my example and have an unexpected revenue stream for your film, while also saving money on music licensing and helping negotiate effectively with composers, who are the final and ultimately important creative collaborators on any film.

I started the music company after frustrating experiences licensing music for movies. Heck, I even figured musicians should pay me to put their music in our films for the exposure they would get! Some of the events that led to this frustration include: a then (and still) unknown band demanded a big paycheck when our first film, Hurricane Streets, won an unprecedented three prizes at Sundance 1997 for their master recording. An actor who, we thought, had improvised a song on camera but then, after we sold for a nice profit, wanted a payout to his family member who somehow between shooting and film sale had registered or acquired the copyright to the “composition.” There was a major label publisher who literally refused to communicate with us as a low budget indie (they quoted $25,000 for the song and we came back with $2,500 and never heard from them again), even though their artist actively wanted to have her song in the movie (in this case, we eventually decided to use the songs anyway without written permission, figuring if they couldn’t bother to respond, they most likely would not bother to find out or sue either. This I not a policy I recommend, but it worked in this case). In one film, it turned out we had some residual ice cream cart sounds in the background (I don’t even think we heard them until the mix) and had to clear the music rights to that! I could go on, but I learned early on to try to find good inexpensive music and clear all rights. Festival rights are not even worth doing; we have had to incur serious expense to re-open and re-mix several films to replace songs that it turned out we could not afford, given who ended up buying the film and their advance (or lack thereof).

So what is the catch when it comes to our company? There is no catch for the filmmaker. The better question to ask is, why would we, as a record label and music publisher do that? Especially when we incur expenses paying musicians to record their songs, paying for producers and musicians and even paying for graphic designers and CD and vinyl replication (yes, we still have artists who sell CDs on the road at shows). We have had over ten million streams so far on sites like Spotify and Pandora, and our songs have been in TV shows and movies seen (and heard) by over 100 million people. I could fill up the page with movies and shows our songs have been in, but they include everything from Gossip Girl to HBO’s Girls and It Felt Like Love to Where Hope Grows, Vampire Diaries and 16 and Pregnant.

The simple answer is despite the fact that the independent filmmaker does not incur any cost licensing our songs gratis (we still charge the studios, just for the record!), sonaBLAST! and our musicians will still benefit and make money if your film is successful. One ancillary benefit is through the exposure an artist can get from a successful film – but this goes both ways, because some of our artists with significant online followings can greatly help promote your movie when it comes out. So when your composer says he can score all the background cars and bars scenes in addition to the scenes where score is key to heightening emotion, this is where you say “no thank you,” because it is an opportunity for you to bring in different artists for each driving or bar scene so that each artist will help you promote your film. Obviously some background “cars and bars” scenes may need score more than a diegetic “song.” Today, with digital music and Spotify playlists, it is possible for every single film to have a soundtrack playlist on Spotify at no cost to the producer and is great exposure for the film through links on the film’s various social media sites. With a little more work, a soundtrack can also appear on iTunes (Ben Sollee’s score for SXSW winner Maidentrip does really well given his substantial fan base) and help enhance the perception of an indie film being “bigger” than it may really be. See this Spotify link for A Strange Brand of Happy, an indie that I don’t think got any national distribution but has a good presence on Spotify.

Here is how we make money from giving away songs for free: When a song plays on the radio or in international theaters or on American TV or even YouTube, every station in the USA (and the world) has to pay the performing rights organizations ASCAP, BMI and SESAC monies for the music publishers and artists on those tracks. If you have ever filled out a “music cue sheet” during delivery, you know that it helps these organizations know what songs are being played and for how long, and in what context (on-camera vocals are worth more than background music in a bar, for example, as are songs used for opening and closing credits) and how this “use” should be monetized.

A brief history of these organizations may help you understand how this works. In the early days, musicians played songs for live audiences, and maybe someone learned a song and played it afterwards in a different live setting. Edison and others invented ways to replicate music (so the musical performance no longer had to be “live”), and then radio started and musicians started getting exposure. But when radio started making a lot of money selling commercials, ASCAP (American Society of Composers, Authors and Publishers – or basically a union for songwriters) formed and argued that the radio stations needed to either stop playing this intellectual property or share the revenues. They realized that some songwriters maybe were not the best promoters, but they also didn’t want an illiterate songwriter to sign away his copyrights, so they split the copyright into the inviolate songwriter’s “share” and the publisher’s (promoter) share. So now there are three groups in America that represent writers and composers and publishers collecting this money from the myriad places music is heard. Even bar owners and restaurants have to pay these performing rights organizations every year something for the background music they use.

So the real question you may be asking is, how much is all of this worth?

I have worked on films that sold for small advances to various TV networks but after delievery, E & O, etc made no money back to the production company (or investors, alas) and sonaBLAST! still brought in $5,000 from the publishing from our songs or score. So as producer, if you think your film is good enough to go global, we have learned there is a potential $20,000 that could be generated from the score’s publishing right (the composer as songwriter in this case will also get $20,000 for his or her writer share). Having that knowledge will help you in your deal-making. If you are a producer with a certain track record or international distribution, you can know that your composer will bring in over the life of the film something like $20,000 from the songwriter share, which means there is another $20,000 for the publishing share. So why not have a publishing company to start harvesting that money? Even if you do co-publishing deals with the composer, where you allow them to retain 50% of the publishing, that could be $10,000 to your publishing entity. There is also the value add of potentially being able to use the score again in other films, which composers like even if they are sharing their publishing, because it gives them a second bite at the royalty apple for intellectual property they figured would only have one use in one film.

There are lots of links between music and film, from Abel Gance’s triptych Napoleon (to be screened with a live orchestra) to triple Oscar-winning Saul Zaentz’s ownership of Fantasy Records and controversial relationship with the Creedence Clearwater Revival catalog, to music documentaries, music videos and film score.

For the producers in this film business for life, it may well be worth learning how to create another revenue stream for you and your composers, and save money for your movies and your investors.