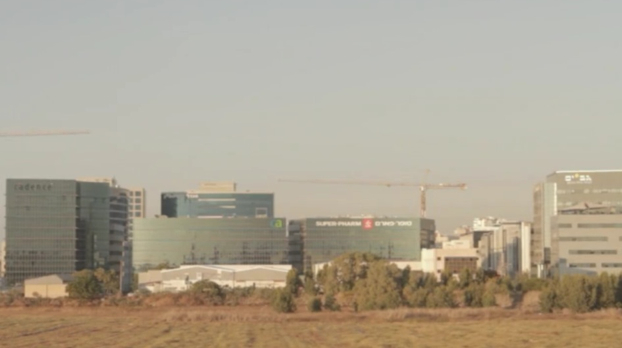 All That is Solid Melts Into Data

Diversity’s the aim of every city’s game, but Marseilles really does have everything. Greek in origin, Roman by design, Arabic in flavor, French in architecture and Mediterranean in climate: this encouragingly rough-edged melting pot is an appropriate setting for a film festival like FIDMarseille. Eschewing the standard but arbitrary practice of dividing films based upon format or duration, FID throws all of its selections together: fictional shorts, feature-length documentaries, mid-length essay-films and just about every hybridized bastard form in between. At a time when festivals are increasingly wary of upsetting sponsors and other funding bodies, appealing where they can to a lowest common denominator, FID’s ongoing commitment to films of awkward or unmarketable length is a daring act of defiance.

Now 26 editions old, FID began as a documentary showcase, but it’s now as malleable as nonfiction itself. The festival’s emphasis upon experimental filmmaking means misfires are inevitable, but it also allows even irritable critics to retain high spirits. While the interesting failures outnumber the standout greats, one rarely sees an outright dud at FID — a result, perhaps, of its dedication to medium-length works, which helps to keep otherwise unbearable self-indulgence mercifully in check. For anyone making films that clock in at the 40- to 60-minute mark, this is surely the coolest place to be. (Or the hottest, given how dangerously high its July temperatures can be.)

Chief among the medium-length highs this year were Boaz Levin and Ryan S. Jeffery’s All That is Solid Melts into Data and Alex Gerbaulet’s Shift. The former — a 50-minute German-Israeli-American co-production — traces the architectural development of data centers, those curiously mammoth, often inaccessible glass-and-concrete “anti-monuments” that facilitate the ever-quickening communication we modern-day citizens take for granted. The film builds two simultaneous and equally compelling pictures of the USA — through its physical landscapes (frequently windowless, in-plain-sight complexes relocated to increasingly remote locales), and through the more troubling sociopolitical undercurrents that actively shape its digital economy.

Fluctuations abound in Gerbaulet’s film. A darkly comic investigation into family, labor and state, this half-hour cine-poem frames autobiography against secret histories in uncovering the last half-century of Salzgitter, an ostensibly ordinary German town that, between 1937 and 1945, was home to Reichswerke Hermann Göring — a tellingly named industrial complex and economic stronghold for the Nazis. Both works are typical of what is by now a familiar kind of essay film: found and original images stitched into a narrative logic and narrated by an actor whose detached, third-person voiceover creates a triangular mode of address between filmmaker, viewer and the various topics at hand. Each film is by turns authoritative and speculative, subjective and objective, deadpan and ironic, focused and meandering, verbose and tongue-tied, lucid and ambiguous, disciplined and self-indulgent.

It’s a tricky balance. Elusive, too. On paper, there’s no reason why Andrew Kötting’s By Our Selves shouldn’t be a high-end essay film. As with his 2012 pedalo-along-the-Thames-jaunt Swandown, Kötting gathers an assortment of pals, this time to re-enact the 140km roam through Middle England taken in 1841 by John Clare, “a minor nature poet who went mad.” Never has a (France-based) British filmmaker made work so promising in concept, however, and so consistently frustrating in final delivery. Featuring writer Iain Sinclair (in a plastic goat mask), graphic novelist Alan Moore, and the father and son combo of Freddie and Toby Jones, By Our Selves would give Sinclair’s form of psychogeography a bad name if it wasn’t so persistent in calling its own peripatetic ruminations “a paraphrensic delusion.”

Kötting, a thickset outdoorsy type whose life experiences have helped obliterate all sense of inhibition, sang his way through both his introductions at FID — and some of the locals fell for it, prior to leaving halfway through the film itself. Benefiting from his association with literary heavyweight Sinclair — and rare on-screen appearances from Moore — the director shoehorns his distinctive, anything-goes quirk into this travelogue while failing to convey any sense of a journey. Arbitrary interludes of daughter Eden frolicking on a beach as Dorothy from The Wizard of Oz add very little; her partner-in-dance, a straw humanoid, even less. In acquiring the input of friends, Kötting has upped the fun but eliminated the challenge: his films are parties, jovial get-togethers for all involved but interminable to hear about for those invited to look at photos after.

Still, for every essay film that’s insufferably ugly, there’s one that’s ingenious in concept and profitably simple in execution. (Even the mediocre ones encourage mental digression, and it isn’t long before one ventures beyond the festival’s immediate vicinities in ambulatory search of unmapped treasures and far-flung topographies — if only to return, once more, with an appetite renewed.) Just about the polar opposite of By Our Selves — and the best film I saw in Marseilles — is Toponymy, Jonathan Perel’s feature-length foray into the strange history of four villages in the mountainous Argentinean province of Tucumán, which in 1974 were expropriated by the rightwing military and rebuilt according to near-identical blueprints.

Recalling James Benning and Heinz Emigholz, Perel’s gently sublime film imposes (as might a fascist dictatorship) mathematical precision onto pre-existing landscapes that are at once geographically disparate and ideologically linked, fragmenting each space into images that are echoed from one numbered chapter to the next. Wordless but for on-screen text from official documents which underscore the often aggressive imperatives behind urbanization, this is a quietly brilliant work that demands repeat viewings. Like all the best landscape films, it’ll linger: I want to see it again — and soon.