Film Writing on the Spam Internet: A Hasty Categorization 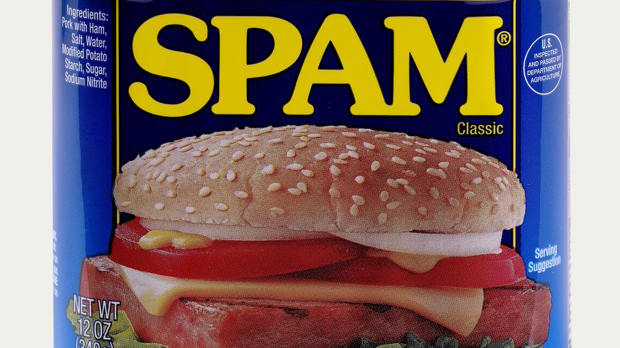 We were deep in production on our summer issue last week, so I didn’t have much time to think about the extremely sudden shuttering of The Dissolve, the three-days-shy-of-two-years site that attempted to fill a surprising hole on the internet by primarily/substantially dedicating itself to writing moderate-to-lengthy reviews for just about every film released. This is a service still performed by the trades, The New York Times and other periodicals, but decisions inevitably must be made about which films to relegate to 200 terse words or less, or to ignore entirely. Ignoring this hierarchy, The Dissolve made sure all reviews were at least medium-length, and there’s something valuable about a site determined to slowly build a kind of comprehensive library to turn to for a reasonably thorough explication of what, precisely, a given film is; that kind of knowledge is always useful to somebody (sometimes, specifically, me).

This is not what the Film Internet is primarily geared to do. I’m not interested in rehashing the usual laments about the decline of Film Criticism in general, just in trying to pinpoint and name, precisely, what is happening. Two days before The Dissolve’s shuttering, the unabashedly lowest-common-denominator film news/rumors/etc. site CinemaBlend was acquired by Gateway Media, meaning that its approach works: there’s a large enough and profitable audience for articles like (example chosen at random) “5 Huge Things The Batman v Superman Trailer Taught Us About Lex Luthor.” A lot of “film news” often reads like what it is: a hastily reformatted and barely altered press release. (I was very impressed by the entertainment journalist who, on Twitter, had the chutzpah to complain about press releases with film titles in all caps, as this made their work of reformatting harder.) The content is redundant, and not much to begin with — a casting rumor, perhaps, or a still from a forthcoming hyper-marketed release — but I can’t argue with objective reality: there is a much larger audience for this kind of instant fishwrap non-news hastily rewritten and posted on literally dozens of websites than what I might want to read. These readers form a substantive plurality of people, and that can’t be argued away with a frustrated “but they shouldn’t.”

Slow and steady film writing vs. ephemeral production mill publicity items: this is an awfully stark binary that leaves a lot of different film websites out of the conversation (and ignores parallels with questions of value on the larger post-Buzzfeed internet, too big an issue for me to tackle here). Obviously the question of whether or not something has “value” is pretty much entirely for the individual reading to be answer, which is where an analogy with Spam comes in. In the Usenet et al. pre-history of the modern Internet, sending and transmitting data cost money, and there was only so much that could be sent at a time. As Finn Brunton writes in Spam: A Shadow History of the Internet, “it cost nothing for someone to post a message at their local machine, from whence it would be circulated to Usenet, but it cost other users something to receive it, in money, in disk space, in opportunity cost and in attention.” Small internet communities had to determine for themselves what had actual value. As one Steve Dan Beste complained in a 1982 email, “It is costing us better than $200 a month for 300-baud long distance to copy lists of people’s favorite movies, and recipes for goulash, and arguments about metaphysics and so on. Is this really appropriate to this type of system?”

When I read this email, I thought about an obscure thread from 1996 between Ain’t It Cool News founder Harry Knowles and critic Mike D’Angelo, who had repeatedly skirmished over Knowles uploading exactly the kind of stills and publicity images that are now regular grist to the content mill. In the dial-up days, these were not trivial things to load, and the argument against them was pretty obvious. Per user Russ Acuri in that thread, “Binaries take up LOTS of space. The phrase ‘A picture is worth a thousand words’ is an understatement. […] Some offline newsreaders do not allow the user to select what they will read before downloading. Just one binary post added to a newsgroup could easily quadruple the download time and expense for that newsgroup.” Knowles’ hyperbolic counter-argument is a familiar variation of what Brunton summarizes as the “But this is important” rhetorical tack taken in early internet days, when clashing ideas about the appropriate use of limited resources were hashed out between users. “Times change as does the rules that govern man,” Knowles wrote. “Once slavery was endorsed and upheld as a right amongst the superior men. [Editor’s note: !] Then came an enlightenment, a day of reckoning soon followed. There are people thirsting for news. These are news groups. Pictures are news.”

Structurally, this is a classic spam/not-spam argument about the allocation of resources and what kind of material has value to the majority of the people on a newsgroup. Specifically, this is an argument about what kind of film-related writing/media has value, and we know who won that side of the argument: Ain’t It Cool is the logical godfather of the sites endlessly rehashing the same “scoops” and, yes, stills. To me, that makes it easier to sort all film-related material on the web into two categories: what used to be potentially label-able as spam, and not-spam. With high-speed connections and more storage space, the question of technological limitation is moot, and things with no value to me can be infinitely disseminable, a normalized and accepted part of the established environment. I know that reviews aren’t huge for traffic, and that’s an unpleasant reality I begrudgingly accept. I also accept that we all have to make a living however we can, which is not the same thing as aggressively arguing why that’s a good thing. There is, to me, no real case to be made for 40 posts about the same ephemeral casting rumor, but there is for apparently many, many people. At least for the moment, I live in the margins of their Spam internet.