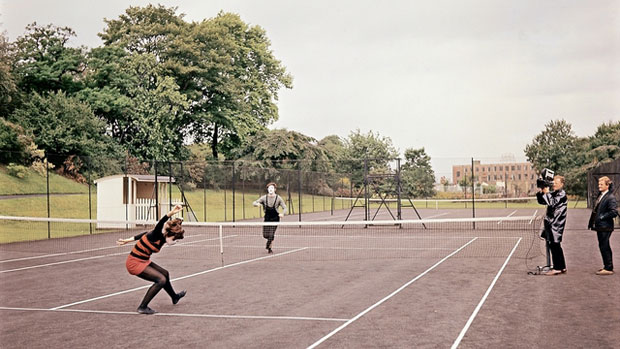 by Scott Macaulay
in Filmmaking, Production
on Aug 29, 2015

“For legal reasons, all of the footage with the mime troupe will have to be excised,” writes MGM “executive receptionist Tureen Patarga” to one Michelangelo Antonioni about his movie, Blow-Up. “Apparently one of the striped shirts worn by a cast member was originally created by the noted designer Hermoine Girth-Schnitt and was not cleared for use by the costume department.”

Any on-set producer, particularly on a low-budget picture with lightly-staffed departments, has experienced that morning-of irritation: “Hey, is this okay to use? Can we clear this?” Usually it’s a rock-star poster, a t-shirt, or some ambiguous knick-knack foregrounded in the frame, and for whatever reason nothing else will do…. As this video post by Steven Soderbergh proposes, even iconic auteurs like Antonioni have had to tangle with rights and clearance issues. To belatedly satisfy the concerns of the MGM secretary, Soderbergh has recut Antonioni’s movie to remove the offending footage, which also includes the performance of Sarah Miles. Something to do with her agents and her contract….

(For producers and directors eager to avoid problems like these, I recommended Michael Donaldson’s Clearance and Copyright, still the go-to bible for all things relating to film intellectual property.)