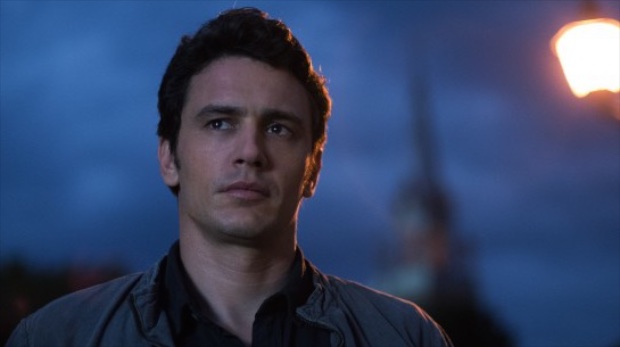 Everything Will Be Fine

Two movies at the Toronto International Film Festival, which kicked off Thursday, made me think back to Ben Lerner’s year-old novel 10:04. In it, there’s a conversation about a specific male performance that supposedly begins around middle school and high school-age: “You take your dick out of your pants to piss in a urinal, you start bending at the knees just a little, or otherwise making a show as if you were lifting some kind of weight.” Men performing their maleness through a leaky member shows up in Wim Wenders’s Everything Will be Fine and Kazik Radwanski’s How Heavy This Hammer too, and these memorable moments suggest the nuance with which both films approach masculinity, along with its spoils and scars.

Wenders’s 3D melodrama stars James Franco, whose performance made me think back to the actor’s intermittent stint on General Hospital a few years ago, where he had trouble hiding his smirk underneath his actually very good (and he knows it) soap-opera acting. Franco is able to coast on his smug good looks just like his character, a novelist living in Quebec named Tomas, whose life intersects with a family’s when he strikes and kills their youngest with his car one snowy night. The film doesn’t shy away from 3D close ups of Franco’s rugged jawline and signature brooding gaze with one eyebrow raised (see the movie’s promo poster as example). But like Franco, Tomas can get away with pretty much anything relatively unscathed, save for a slap in the face from an ex-girlfriend, even manslaughter.

Tomas, a portrait of the alt-bro, is selfish in his relationships but still finds himself with one pretty and devoted girlfriend after another. Following the accident, there’s no discussion of reckless driving charges, and in the end, the tragedy makes Tomas a better writer. The unfairness of this reality drives the surviving brother to grow up both obsessed with and resenting the novelist. As a college freshman, the young man sneaks into Tomas’s home and pees on his bed. Tomas declares that this act “took guts,” the two bond over a beer together in his kitchen, and the teenager is validated in using his penis to solve his problems. The film finishes on this note, with close-ups on both men, the golden morning light shining on their faces. Critics have brought up the fact that this film is no Paris, Texas and that the 3D effects in character-driven melodrama are pretty unnecessary most of the time, difficult claims to disagree with, but I found I couldn’t totally write the film off the way some have. I kept thinking back to the yellow stain on the mattress. 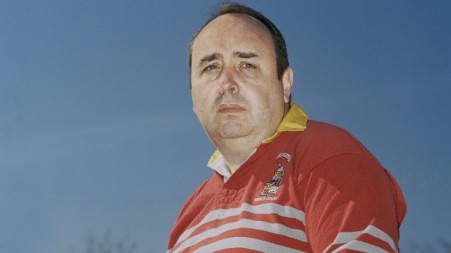 How Heavy This Hammer

Everything Will be Fine isn’t Wenders’ best, but How Heavy This Hammer might be emerging Canadian director Radwanski’s finest work thus far. It’s an intimate film about at a bear-like man, father, and husband, clumsily maneuvering his way through a midlife crisis. Erwin is irresponsible, selfish, and always playing a World of Warcraft-like computer game when his wife’s trying to get him to come for dinner. He moves out of the family home and into an apartment on top of a bar where he can eat french fries and play his fantasy games uninterrupted. When his young sons come to visit, there’s some suggestion of growth, with his bachelor life giving him a zest with the kids he didn’t have before, but he’s still emotionally ill-equipped to deal when one son gets upset at a rugby lesson turning rough. After displaying his total insensitivity to the boy’s feelings, Erwin distracts him by teaching both sons a cool trick: how to make it look like you’re peeing using a to-go coffee cup as a surrogate penis. (They’re Tim Hortons coffee cups, of course — this particular performance of maleness has a markedly Canadian touch.) The man and his offspring together rotate along, their little faux urine streams squirting forth.

Just like the “peeing on the mattress” incident, the coffee-cup scene is another reminder of the learned ways a member gives membership to a club. It’s a moment that helps flesh out the dynamics in the interpersonal relationships between men and women throughout the film, and it’s also a moment when there’s a reminder of how young men quite literally learn to be dicks. For the grown men in the film too, there were of course probably hundreds of small moments like this throughout their own early lives. It’s cultured, and this culture comes with myriad privileges but it also comes with a scripted performance that limits the ways one can express oneself. People hurt because of this.

There are still too many movies by men. It’s three days into the festival and I’ve only seen one film directed by a woman so far. And there are still too many movies about man-children. How Heavy This Hammer, though, while about a man-child too, doesn’t let the character off the hook for being one. It’s the film’s problem rather than its indulgence. Jean-Marc Vallée’s Demolition, the disappointing opening-night film starring Jake Gyllenhaal, and Gaspar Noé’s Love, a melodrama with hardcore sex in 3D, both let their enfant terrible protagonists get away with being adult-children to varying degrees. Still, in both, masculinity is front and center. In the latter’s case it’s even full-frontal, with a refreshing amount of on-screen dick, even an extended close-up of 3D ejaculate spewing forth from the screen. And both films show grown men crying.

Feminism has become pop in the last few years. It’s a word on the tip of everyone’s tongue when it’s not in bold, glowing letters at Beyonce’s VMA performance. Collectively, we’ve been working to undo, or the very least talk about, the ways women’s experiences are colored by these gender politics. A couple years ago, films like Blue is the Warmest Color, Nymphomaniac, and Young & Beautiful (though all directed by men) were about the sexually empowered woman. But expanding the performances of femaleness is only one side of the coin. The films I’ve seen this week suggest we’re collectively readily to explore and expand the ways that we script masculinity too.