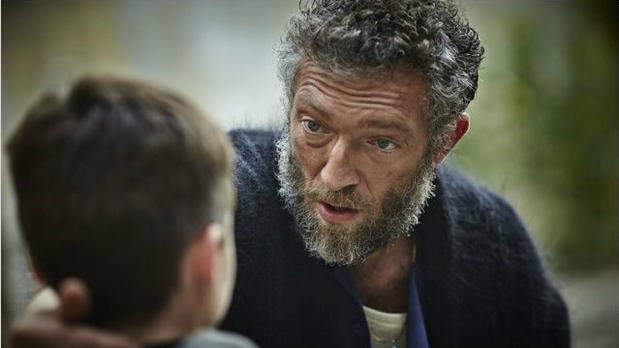 With the dark, seriously accomplished Partisan, first-time Aussie feature director Ariel Kleiman and co-screenwriting partner Sarah Cyngler have created an eerie and disturbing but highly effective hybrid that resists pigeonholing. This is a special blend, which not only pushes the envelope but rips it open as well. They sidestepped the usual: the staple of the British boarding-school coming-of-ager; the familiar genre of films about disturbed children housed in government and private institutions; and the regularly reinvented category of urban juvenile gang thrillers. Partisan is a most welcome black sheep.

The film is not only about kiddies stuck in a cult; it is also a closely observed portrait of its warped authoritarian leader, fortyish Gregori — stressed accent on the second syllable — portrayed by the phenomenally talented Vincent Cassel, and the rule-laden lifestyle he demands. He creates an extended family from potentially scarred pre-adolescents and their fragile, malleable mothers, who had been abused in the outside world and are mirrors that remind him of the damage he claims to have suffered in the past. He isolates the sect from the larger society, for him a place of fear and violence, be it physical, emotional, or intellectual. 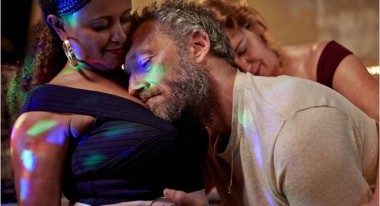 Members reside, and forcibly stay put, in a no-frills former industrial space supported by thick concrete columns and load-bearing walls — a place Gregori deems safe from external social ills. It is sparsely festooned in a mostly unsuccessful attempt to enliven it with colored pictures and a few approved scattered playthings. (The lavish presentation afforded to sumptuous buffet dinners stand in stark contrast to the gray blandness.) The grimness does not prevent the camera from exploring its multiple rooms and seemingly endless corridors with long tracking shots, nor from fixating on a large inner courtyard where children invent alternative ways to occupy themselves while their mothers sunbathe and engage in chitchat.

The only excursions made out there by the youngsters, who might otherwise seem as normal as other children, are business trips of a sort. They have been meticulously groomed since they were toddlers to carry out time- and precision-sensitive assignments: assassinations. These are contract killings, negotiated by Gregori and a chubby thug who passes through every so often to the enthusiastic cheers of “Uncle!” from the youths. They make deals scheduled to take place in the working-class quarters of the nearest city, a bleak, half-destroyed showcase of urban blight only a motorcycle ride away from their smug compound. We are never certain why.

The cold-blooded shootings, for which the young perps remove from their identical backpacks pale blue cotton balls to insert in their ears to muffle the sound, finance their bastardized lifestyle. Innocence is a dispensable cloak, a fraud that has been distorted for vile purposes by a megalomaniac whose back story we never learn: He simply is.

The large constructed family is a salve for Gregori’s deep-rooted needs. His issues stretch back to childhood and beyond. In his mind, he is on a religious quest. In the very first scene, he raises from the ground a large piece of wood that appears to be a cross, lugs it over his shoulder in Christ-like fashion, and finally, exhausted and panting, drags it by rope. 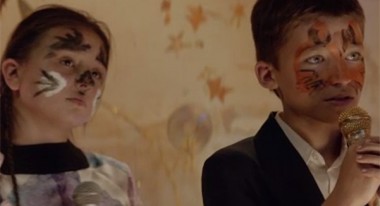 It turns out to be a section of the huge table he is cobbling together in the newly acquired shell of a building, yet it nevertheless underscores his skewed spiritual fervor. He sees himself as a missionary in the service of the dispossessed, choosing to ignore the reality: He is an opportunistic, amoral little capitalist who takes advantage of the most vulnerable and marginalized.

He becomes lord of a harem with adoring women of all races and physical types at his beck and call and a gaggle of sons and daughters who either arrived with their mothers or were conceived in situ. They all become putty in the hands of this charismatic master manipulator, a passive-aggressive headcase, playful and vindictive in equal measure. In this inflexible milieu, as in any fascist state, disobedience is the unforgivable sin.

Which leads us to Alexander (Jeremy Chabriel, a gorgeous first-timer with translucent eyes that Kleiman puts to good use), the firstborn. He had been the initial baby anointed by Gregori, in a bare hospital where his beautiful mother, Susanna (former model Florence Mezzara), lies on a bed in a crowded maternity ward, a facial bruise quite noticeable but not a bloom in sight. The visitor puts his abundant charm to use and, placing a flower by her bedside, coaxes her to bring her son and live with him in the neglected edifice he is renovating.

Alexander’s birthdays, including the day he is born, structure the film. Following the short prologue, the action begins on the day he is born and, after an ellipsis, jumps to his eleventh birthday. A complete commune is by then in place, an imposed agenda accepted as law, feelings of reciprocal affection all around. By movie’s end, the boy celebrates number twelve. 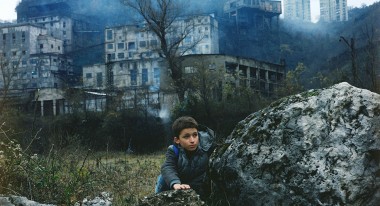 Alexander becomes a problem for Gregori. The nearly pubescent years around ages 11 and 12 usher in increased self-expression and a sense of doubt. The fact that Susanna has given birth to a boy, Tobias, whom Alexander vows to protect from anyone who might attempt to harm him, factors in to his new broadened outlook. He recognizes his power: Gregori has molded him, but he in turn can affect for good or evil the baby brother he has become very attached to.

To his father’s chagrin, Alexander begins questioning the culture of brainwashing. By calling the boy “untrustworthy,” a result of tiny infractions like climbing inside via a drainpipe, Gregori metes out the most hurtful insult possible in this insular collective.  (Dad’s favorite compliment, on the other hand, is “role model.”)

The rising tension between the two opens the door for additional challenges by Alexander, up until then the man’s favorite child by far. He asks Susanna if Gregori ever lies, only to discover that she unflinchingly sides with the person she views as her and her son’s savior. She, like the other women, has succumbed to a psychological state that is like Stockholm Syndrome for the willing. Estrangement between mother and son enables him to satisfy desires meant to be suppressed, not sexual, but, in his own words, “to do what I want.”

Cassel delivers a brilliant performance in a role that Oscar Isaac dropped. He can reshape his handsome face in an instant, transitioning from the severely diabolical to the lovingly amusing. Gregori creates games and activities that suit his scheme of total control. He mounts colorful balloons to teach the children how to handle pistols; and he trains the youngest among them for future missions with pretend-guns that spray-paint mothers who joyfully volunteer to play death-squad targets. By far the most beloved event is “pop star.” Everyone has their face painted in bright colors. The karaoke spotlight falls on one or two deserving achievers, by Gregori’s standards anyway. The music itself is conventional angst-ridden rock, but the video’s backdrop — a cemetery, for example — and lyrics (“Just watching the evening news/Is the hardest thing to do”) are projections of Gregori’s obsessions. His class on electronic devices surely has as a long-term goal participation in bomb manufacturing in years to come. 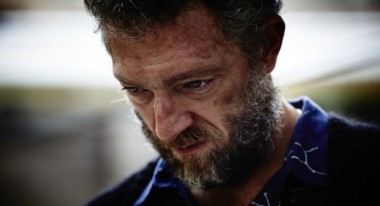 Some backfire. The garden is not fruitful, but the leader cannot acknowledge failure. An autocrat is never wrong. The one boy who addresses it, Leo (Alex Balaganskiy), who has lived most of his life in the other world, becomes his bitter enemy. The antagonism grows after a mortified Leo watches the bare-handed killing of a chicken and locks himself and a pet hen in the chicken coop. Gregori’s harsh treatment of the kid “with a problem brain,” which Alexander witnesses through a window from inside the building, is the springboard for the latter’s most defiant, shocking act — an inspired climax courtesy of Kleiman and Cyngler.

Ace Australian DP Germain McMicking films in ‘Scope the dilapidated interiors of the Morning Star Estate in Mount Eliza in New South Wales, and the bleak exteriors in the Republic of Georgia: half-destroyed Soviet-style apartment blocks resting against bare, rocky mountains, and surrounded by weedy, dried-up meadows. If Kleiman and crew’s goal is to capture an Eastern European ambience, they succeed beyond expectations.

At the same time, anomalously, the film is meant to take place at an indeterminate location and time. Kind of universal. Production design and costumes — items that the women order through catalogs, according to Kleiman — do not signal much that is specific. The music, too, is not localized: It is wondrously all over the map. Daniel Lopatin mixes chorale sounds with held chords, excited keyboard when characters are at play, and, in some memorable scenes, cello evoking a dirge-like atmosphere.