On Not Seeing The Martian, 3D Lens Misprojection and the Wretchedness of the Multiplex 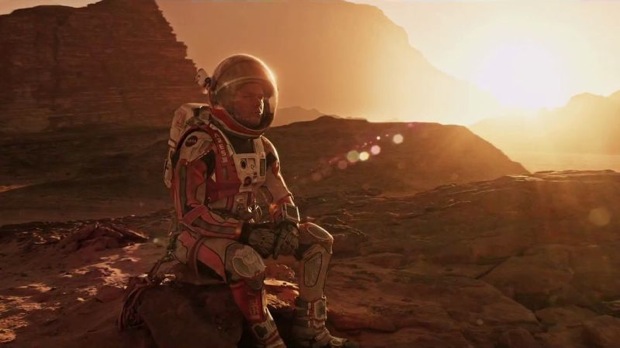 The Martian, a movie which is bright

In 2011, Ty Burr wrote an article on the most common scourge of multiplex projection: seeing a film projected that is obviously far darker than it should be because a 2D film is being projected through a 3D lens. This is still happening, and I want to use this website to yell about it a little bit: this is a common problem that simply should not exist at this late date. The rise of digital projection is a cost-friendly win for both studios who can save money on printing and shipping prints and movie theaters, which theoretically no longer have to pay a trained union projectionist who knows what they’re doing and can instead just more or less automate the process, placing the task of “starting the movie” on the same tier of employee importance as sweeping the floors. The results are disheartening.

Yesterday, with all the goodwill in the world, I attempted to watch The Martian. I very specifically wanted to see it in 2D because all reliable reports said that the 3D was basically useless and not worth the extra money. 3D is, recall, a “premium” and hence more expensive viewing format, and that’s especially so the case in NYC ($20 is the norm). But trying to track down a 2D screening of The Martian nearly a month into its release is not a simple matter: in the NYC area, that’s basically only one or two screenings a day in the theaters where it’s still playing. Logistics dictated a 3:30 screening at the AMC Kips Bay.

Make that 3:45: the sole 2D screening was scheduled between the day’s 3D screenings in the same auditorium, which seemed to be causing the theater some difficulty, so the trailers started late. The auditorium lights were still on, which made it hard to tell immediately that the image was too dark: the combination of lights-up and dim projection on made the trailer for The Revenant basically illegible (actually a beneficial side effect, but let that pass). Then a trailer for In the Heart of the Sea started playing in 3D, and confused audience members wandered out into the audience to grab some glasses, on the assumption that that was simpler than hoping the theater would fix the problem (why would one expect that?). The Martian was then started, then restarted — in 2D, with the lights finally off. Now I could see: the image was clearly way too dark. That’s when I walked out and got a refund, because I knew nobody would fix this and when I’m paying $15 to watch some very expensive sets I want to see them as clearly as possible.

I’ve sat through too many underprojected screenings with the wrong lens on to take it anymore. The tipping point came with Selma, which looked oddly dim when I saw it: I suspected it was too dark, and watching the trailer on TV immediately confirmed my suspicion. To recap how this can happen specifically, I emailed Sergio Andrés Lobo-Navia, the most knowledgeable projectionist I know. He writes:

There is a 3d filter or lens on the actual projector. Sometimes it’s a separate lens that needs to be replaced or it’s a filter that’s attached to a slider that rests in front of the lens.

Often theaters leave the filter on out of laziness (or if they’re alternating between 2d and 3d screenings of the same film). If you think something looks too dark in preshow, it will probably be too dark for the show. Ask to talk to manager and see if they can fix it. If it’s a slider, it’s a simple fix, unless the theater was built after the digital cinema conversion. If so, that means there isn’t a projector booth and the manager would have to lower the projector from its installed place in the ceiling. They may or may not want to do that if there are people in the audience.

Secondly, there is a projector setting for 3d that involves a different color space. If you play 2d content with that setting enabled, everything will look like neon pink and green.

You learn something new and horrible everyday. Neon?! Finally digital has its own equivalent to the infamous pink print.

AMC gave me my money back; I asked to talk to a manager but it didn’t look like one coming. Here’s the thing: this happens all the time, and part of the reason for this is that the audience simply doesn’t care. It’s like motion smoothing: something obvious and horrible to some viewers, instantly discernible, but unnoticed by audiences at large. That means there’s no incentive for multiplexes to actually care, so a kink in the system I thought would be ironed out looks to have become a regular feature of multiplex going. (I certainly don’t see this nonsense at non-chain theaters.) That means a visually illiterate mass audience is about to become more so, and I’m going to keep walking out of screenings until I give up and buy a 62″ HDTV.