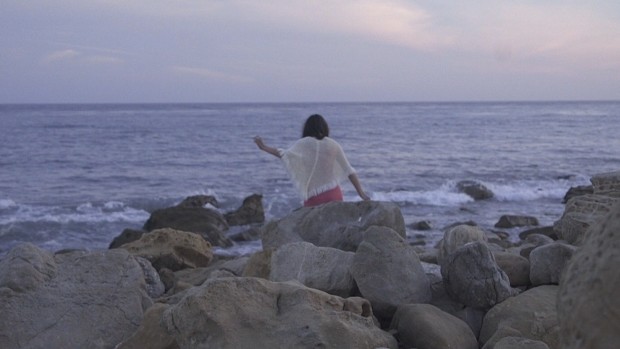 by Sarah Winshall
in Filmmaking, Production
on Jan 22, 2016

Earlier this year I produced a very low budget short film, Affections, directed by Bridey Elliott and premiering at the 2016 Sundance Film Festival. Armed with a Master’s Degree and several experiences assisting producers in the past, I assumed I knew everything I needed to in order to create an accurate budget. As with all firsts, this was an incredible learning experience that highlighted several integral lessons to keep in mind while creating any kind of film budget.

Look to the script
Although labor intensive, it’s worth spending the time to do a comprehensive script breakdown (a big spreadsheet outlining everything you’ll need for each scene; there is a good template for that in Maureen A. Ryan’s Producer to Producer). It was only after laying everything out scene by scene that I was able to wrap my head around the scope of the film. But after that it was easy. All the production costs, how many crew members, locations, costumes, special effects would be required to make our movie — everything is all right there on the page. As you budget out the production costs, remember the script and use it to your benefit. It is the guide that will allow you to get super specific about every single element required of the film.

Be realistic
Your film’s budget isn’t aspirational. It should encompass everything you will actually spend on the film, not what you hope to spend. With this in mind, envision each step along the way and the coinciding costs. Initially, with the goal of spending as little as possible, I didn’t want to have to include what seemed during preproduction to be gratuitous indulgences — color correction, a sound mix, hiring someone to cut a trailer — so I did not include them in the initial budget. But once we got into post, the value of these services was undeniable. Ultimately, we added them to the tab. It was worth it, but would have been better had I planned for that from the get go. The devil is in the details, as they say, and most incur costs.

Make two budgets
This was my saving grace. Although in theory you want to spend as little money as possible, there will be production elements worth a higher price. As you go through and price out each line, do one version estimating the absolute bare minimum cost and one as if you had unlimited resources. For us, our low estimate meant was based on an almost entirely volunteer crew and very few creature comforts. But our high budget allowed us to include competitive crew salaries and a more luxurious shooting schedule. As you strategize your fundraising and get a more realistic sense of the film’s financing, you can go back to this range and decide where it is necessary to skimp and where you can afford a little more. By breaking it all down this way, we were able to make the informed decision to spend money on a good DP and makeup artist, and in exchange we kept our shooting schedule short and sweet.

Good food makes a difference
So many members of our cast and crew were working for little to no money out of the goodness of their hearts and a dedication to the project. The cost of feeding these generous souls should not be overlooked. They are the people you need to trust the most, so reducing them to a horde of undernourished actors and crew members running only on cheap coffee and sugar is not the wisest decision. Instead make sure you are budgeting to provide satisfactory amounts of water, fresh fruits and vegetables, in addition to a fresh, non-fast food lunch every day of the shoot. Instead of dreading a soggy Subway sandwich, we all looked forward to the lunch buffet. It’s an investment that pays off in the long run.

Promotion is part of the film
After spending a bunch of money to make your film, it deserves to have strong marketing materials to go with it. A good website, postcards, a well-designed poster will cost money (not necessarily a lot) but they will help you create a cohesive visual identity for your film, making it more accessible to festival programmer and eventually an audience.

Media storage and transfer
Once you’ve entered post-production, you’ll have your editor working over here, your sound mixer over there. When our editor took a last minute gig out of town, he needed a way to transfer the latest cut to the colorist while in transit. Investing in high volume online storage made my life and meeting the festival deadlines so much easier. In addition, you’ll want several hard drives with backups of your footage and the final cut; it will be your only insurance against unreliable hardware.

Double check
There will always be something that goes overlooked, something unexpected or forgotten. Some things we I forgot to include in my first draft: Music rights, SD cards, hard drives, reshoots and b-roll, ADR, set photography… If you can envision a step along the way that doesn’t cost money, chances are you’re forgetting something.

The little things can add up
Set aside money for miscellaneous costs. Parking four cars at the beach was expensive. So were traffic tickets, replacement batteries and bulbs and that extra case of water we needed on that 100-degree day. It all adds up. Instead of being blindsided by these costs, be prepared. And, if somehow nothing breaks and everything goes exactly as it should, you can use this leftover money to throw a killer wrap party later.

Plan for the worst
Sometimes bad things happen while making a movie. What if it rains the day you are supposed to shoot at the beach, or your DP’s car breaks down on Day 2? You may need unexpected money for a taxi or to hire backup or replacement crew. In our case, we had to hire a second editor once our first realized he didn’t have time to complete the job. We paid him partial and had to hire someone new on short notice at a higher rate. Leaving room in your budget for contingencies like these can save the day.