“Fate Managed to Bring Us Back Together”: Director Andrew Ahn | Spa Night 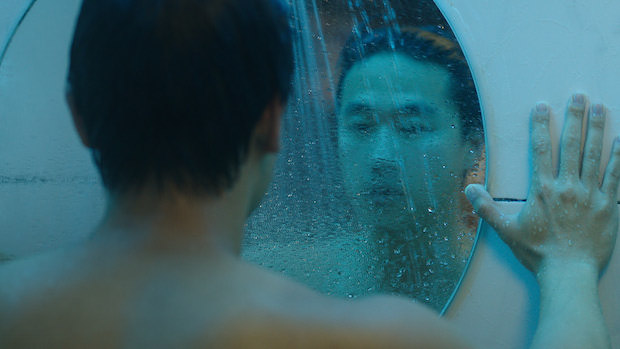 After two weeks of shooting with one week left to go, my lead actor Joe Seo injured his knee playing soccer on our off-day. His knee was the size of a cantaloupe; he could take a step or two, but needed crutches to walk. My DP Ki Jin Kim and I went through our shot list and re-strategized, choosing to shoot the majority of Joe’s coverage in close-ups (I’m glad Joe didn’t injure his face!). For other shots, I served as Joe’s body double, walking through Koreatown and spas wearing his clothes. I happen to be the same height and pants size as Joe. This is just another example of how personal this film is for me. As much as I wanted to distance myself from my main character through the creative process, fate managed to bring us back together.