“Behind the Story of Social Injustice and Abuse”: Director Alejandro Fernández Almendras | Much Ado About Nothing 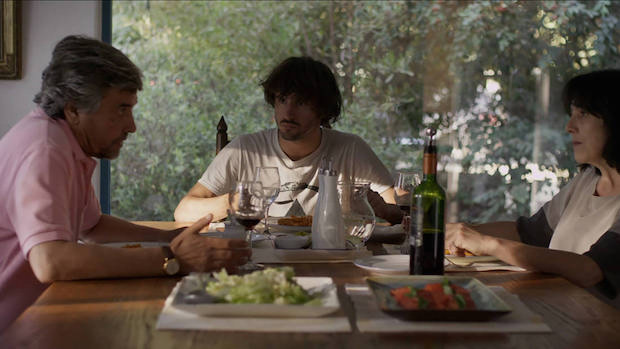 Much Ado About Nothing

The film is based on a real event, a hit-and-run incident involving the son of a very powerful right-wing politician in Chile. That’s the immediate, more evident motivation, to explore the idea of justice when confronted with power and money, and the way that the truth can be manipulated up to a point of completely blurring the lines between the real and the fictitious, always to the benefit of the rich and powerful.

But soon after I started writing the script I realized that there were other things coming out. The process of writing was very fast. It took Jerónimo Rodríguez and me only a month to have a first draft and soon after we were shooting. And since most of the action involves a young kid, twenty years old, I had to incorporate a lot of things relating to his age and way of living.

I have been teaching kids that age for a long time now, almost eight years, and I love to listen to what they have to say about the world, the way they see their own place in society, the way they relate to each other, the way they use social media and cell phones to communicate, the forms in which they establish (or not) their sentimental or romantic bonds, etc. I can see those things in their work, in the short films they make, or in the conversations that we have during classes, where I’m convinced that I learn much more than what I can teach them. That, along with a lot of memories and personal experiences, started coming out in the film, and I think it’s what gives it a very strong undercurrent of meaning, a parallel narrative that is even represented in two very different ways of shooting the film, that shifts from a free floating handheld camera style, to a very structured/fixed camera one.

Behind the story of social injustice and abuse, there’s also the story of a young and lonely kid, someone in need of affection, but who like most kids his age nowadays, is forced to play it cool, to never show weakness, never be a loser, never be the first one to say “I love you” or “I need you”, always acting like he doesn’t care.

What started as a complement to the main story began to gain weight in the shooting and especially during the editing, when it became clear that it was as important as the main subject. Actually, I think the explanation we need or that we look for regarding the political and social issues tackled by the film, is rooted not in the “big picture”, in the way that big money and power manipulate the justice system; but in the small one, at the personal, emotional level inside the characters. If they act in certain ways in their own life with regard to the things that for them are or should be most important, like love, friendship, family, career, etc. it’s easy to see how they will act when it comes to the “big” things, to the real challenges of life and the responsibilities they have about their own actions and the consequences of those actions.