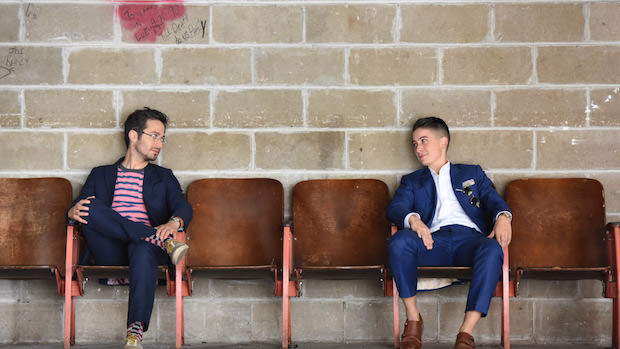 When I first contacted Rae Tutera with the hope of making a documentary about Bindle and Keep, we arranged to meet for dinner. I got to the restaurant a little early and found two seats at the bar. When Rae arrived we chatted for a few minutes and I waited as Rae sent a text. Rae said “Sorry, I just want to text my fiancé and let her know you aren’t some psychotic killer.”

I was startled. It never crossed my mind that concerns for personal safety can be part of the daily thought process for people who express their gender in a non-binary way.

Over the next two years, we followed Bindle and Keep as they made clothing for non-binary clients. I am happy to say that during that time, none of our subjects experienced violence. The secret story of my film is that tolerance and acceptance remain elusive for gender non-conforming people.