“They Shared Their Vulnerabilities and Unfiltered Selves on Camera”: Director Clay Tweel | Gleason 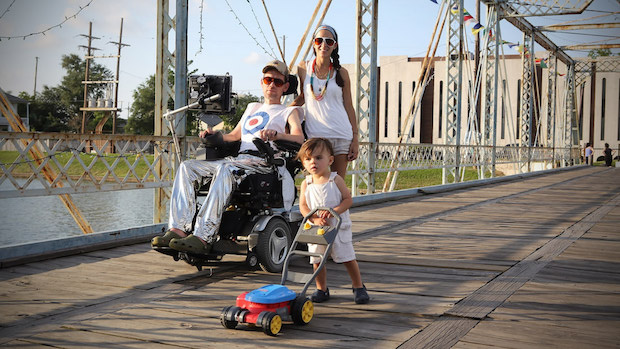 The making of this movie was a huge process of exploration for me. Steve had captured 1,300 hours of footage in four years, and so in paring down the massive pile of content, the film changed trajectories a few times. Initially, what I thought was going to be the story of a man dealing with the challenges of ALS while becoming a father, slowly evolved into one exploring how this brutal disease affects the people who care for him as well, mainly his wife Michel. I didn’t realize the depth to which we would be able to see her story unfold, and that by the end, her struggle would be just as palpable as someone struggling with the disease. It’s a true testament to both Steve and Michel, and the extent to which they shared their vulnerabilities and unfiltered selves on camera. Without that, we would never have have been able to tell such an intimate and real story.