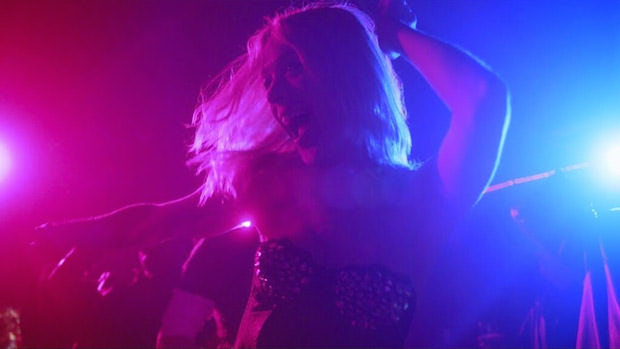 It seemed to me that the story was centered around an outsider, someone who lived a destructive lifestyle. And while there is something empowering about this, her consuming so much waste (in the forms of fast food, alcohol, narcotics, and smoke) also made her a victim and ultimately a slave too. Constantly getting wasted as a coping mechanism has only made her life more unwieldy. So it becomes a strange cycle where nothing is sacred. The process of bodily functions being commodified and turned into products is an example of this vicious cycle. One man’s waste is another’s treasure. I wanted to use a fantastical perversion of pregnancy to make a comment on consumer culture and our blind ability to ingest so many poisons and how even in our sickest states we could serve a higher albeit sinister purpose. It wasn’t until I finished editing that I noticed a handful of variations of that idea throughout the movie.