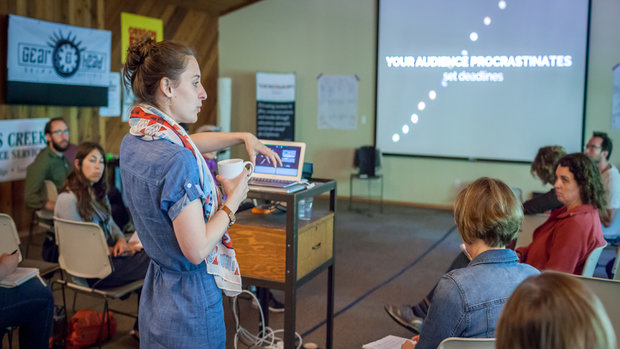 by Paula Bernstein
in Festivals & Events, Filmmaking
on Mar 29, 2016

Now in its third year, Oregon Doc Camp, presented by Women in Film Portland, invites experienced documentary filmmakers to gather in an intimate, informal setting and work on career development.

The event will run from May 12-15, 2016 at Silver Falls Lodge and Conference center in Sublimity, Oregon.

This year’s programming will be centered around the themes of narrative storytelling and independent distribution, with a three-day program consisting of workshops, lectures, case studies, screenings and a master class, as well as the opportunity to screen works-in-progress.

Find out more about Oregon Doc Camp and register here.