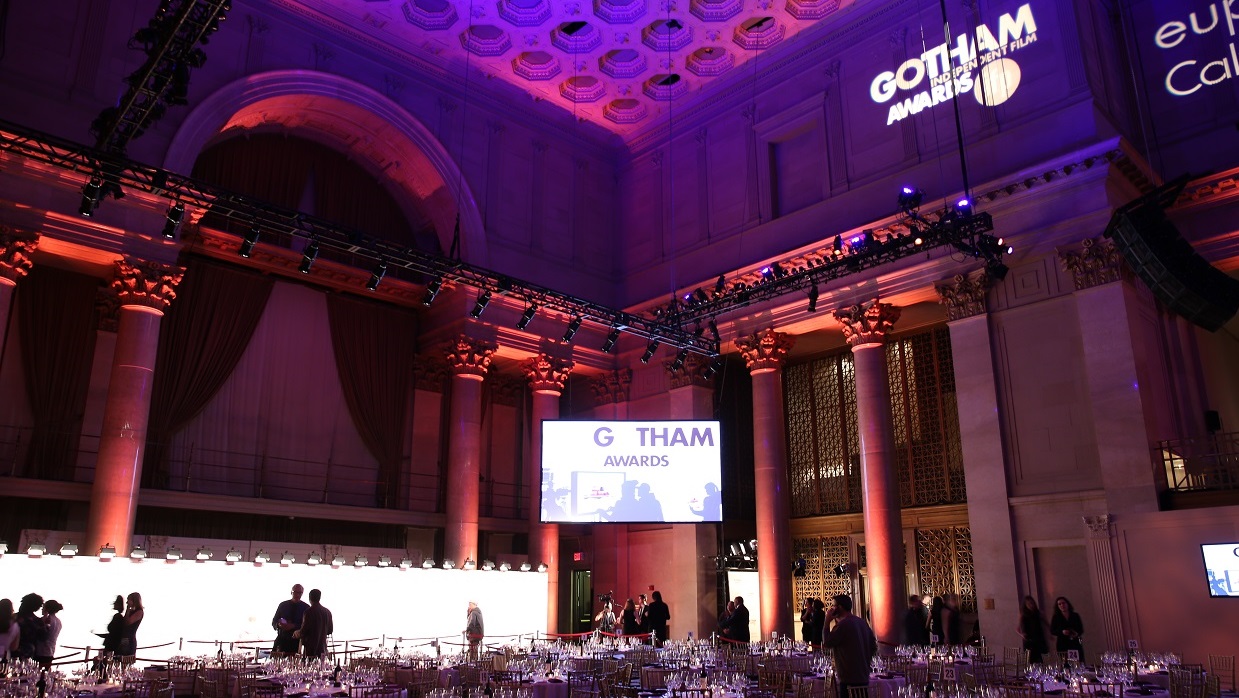 by Filmmaker Staff
in Filmmaking
on Aug 2, 2016

The first awards show of the season, the Gotham Awards, established in 1991, is one of the leading honors for independent film and media, celebrating authentic voices behind and in front of the camera. The 2015 top film category winners were Spotlight (Best Feature), The Look of Silence (Best Documentary) and Tangerine (Audience Award).

Nominated by committee recommendation in the first year, the Long Form Breakthrough Series category will be open to submissions beginning this year, with the submission deadline of September 15, 2016, the deadline for all competition categories. Submissions are now being accepted in eight of the competitive categories: Best Feature, Best Documentary, Breakthrough Series Long Form, Best Actor, Best Actress, Best Screenplay, Breakthrough Actor, and the Bingham Ray Breakthrough Director Award. Online applications, along with full criteria, are available at http://gotham.ifp.org.

Nominees will be announced on October 20th and winners will be honored at Cipriani Wall Street on November 28th. To read the full press release, click here.