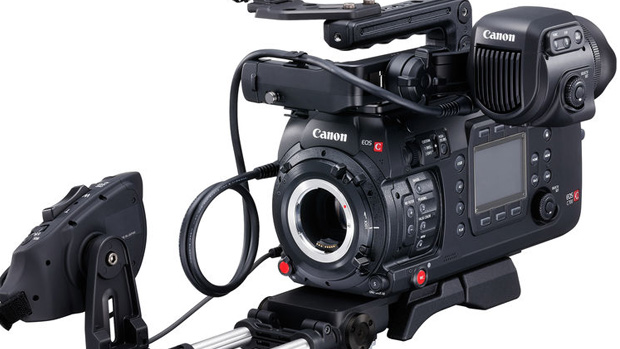 by Michael Murie
in Cinematography, Columns
on Sep 8, 2016

Canon has announced two new cameras, one expected, the other a bit of a surprise: the Canon 5D Mark IV and the Canon C700 Cinema Camera.

Ever since the amazing success of the Canon 5D Mark II, the announcement of new cameras from Canon has tended to provoke a fairly standard response from bloggers and social media; in their still cameras, the video functions are always considered hobbled in some way, and their video cameras are always too expensive and don’t have the features found in some of the latest cameras.

And then Canon sells a boatload of the cameras, and the cycle repeats. The new version of the 5D series was widely expected, the only real question was release date and features. For the cinematographer, this camera adds internal 4K recording to the 5D’s feature set. The screen is now a touch screen, though it doesn’t swivel. The camera adds a HDR mode for recording video, though it only works in HD video. In that mode, two frames are taken at different exposures, and then combined to create an HD image. Note that this process may impact the actual shutter speed (and the amount of blur) in an image.

There’s a downside to the 4K function; because of the high pixel density of the camera’s sensor, Canon had to choose the best way to downsample (scale) the image to fit the 4K frame. They decided that the best way to do this was to not downsample but to crop part of the image sensor and just capture that frame area when recording 4K video. This decision should improve the quality of the image, but it does mean cropping the lens frame and that means adjusting the comparative focal length of the lens, thus adjusting the “look” that you’re getting from the camera.

Some people believe that the reason they like the image from the 5D is that it’s a full 35mm sensor, not a Super35mm sensor.

In Canon’s defense, adding the processing power to downsample the frames in a satisfactory manner — or to just capture the full RAW frame — would possibly have been beyond the scope of the electronics they could currently fit into the 5D body.

There’s also some disappointment that the camera uses MJPEG compression, rather than a more advanced codec.

Since the 5D Mark III only records HD, you might as well buy the Mark IV; except that you can currently buy the Mark III for $1,000 cheaper, so you have to decide whether the 4K feature is worth that to you. The Canon C700 with optional accessories

The real surprise was the C700, which becomes the new top-of-the-line Cinema camera, effectively replacing the C500, which appears to be close to being discontinued. If you hurry you can pick up a C500 for $7,000, though if you want to shoot in 4K you will need to buy an external recorder.

The C700 is a big change from their other Cinema cameras in that the body shape more resembles the ARRI Alexa and Panasonic Varicam; it’s shaped like a brick rather than the body shape of the C100/C300 which more resembled an old medium format film camera. The other major difference is that it starts at $28,000 without accessories.

The C700 is a serious camera, and it appears to be coming after the ARRIs, the REDs and the high-end Sonys; with a high-end price point to match.

Clearly, this camera is aimed at the studio film or broadcast TV market.

I’ve read at least two articles about the camera where the authors say that Canon is two years late to the party, that this camera doesn’t do as much as what their competitors do. But I would not discount Canon too soon; when the ARRI Alexa first came out many people pointed out that the camera didn’t match features found in RED and other cameras, and yet ARRI has slowly taken over a position of dominance in the Hollywood market. Similarly, Canon has in the past been able to outsell Sony with specific features that appeal to specific buyers. In both cases, it isn’t necessarily about just the specification sheet; it’s about specific features, or image quality, or workflow, that appeal to specific users or industries.

For the independent shooter working on a budget, the C700 is probably not the camera to get. If you’re looking at Canon Cinema cameras, the C300 remains the most desirable camera to either rent or own. It’s been a popular rental camera, so a lot of people are familiar with it, and it delivers a good picture and it’s a smaller package and not as expensive.