TIFF Critic’s Notebook 6: Yourself and Yours, Safari 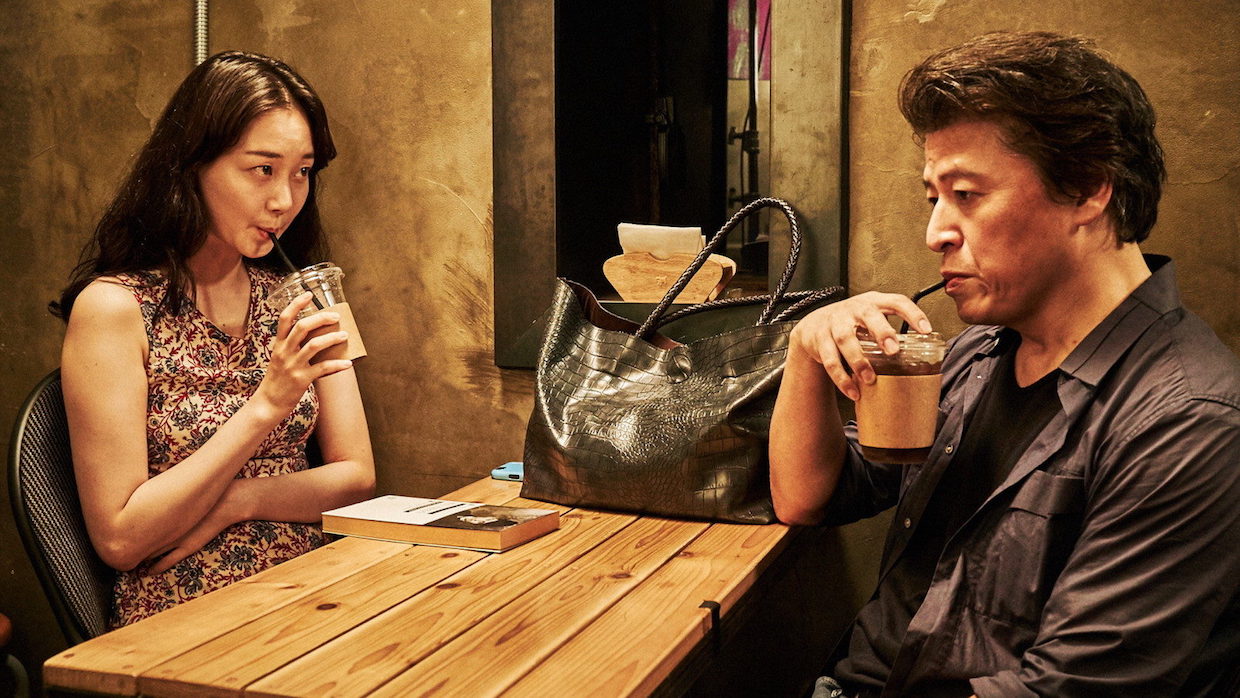 Prior to arriving for my first TIFF, I’d been told the only films you needed to show up early for were those with either celebrities or “awards season buzz,” and this has proven to be completely true. Most P&I screenings appear to be occupied by buyers who arrive late and leave early. For sheer impatience, perhaps no one will beat the guy who entered The Human Surge five minutes late, gave it two, and then bounced, but there’s been heavy competition for worst manners: I’m particularly anti-fond of the guy who spent a portion of Ulrich Seidl’s Safari reading Yelp reviews before presumably heading out for a late lunch.

Anyway: the attendance situation is both helpful if you’re running down to the wire while simultaneously being disheartening: Hong Sang-soo is one of the best filmmakers working and it’s disconcerting to show up to a world premiere of his latest to find something like 50 people in attendance. Advance word on Yourself and Yours was, sight unseen, not great, because the film had been rejected from Berlin, Cannes et al. This is, in retrospect, slightly crazy: Hong has never made a movie that flat-out sucked, so a sudden lapse into the shoddy seemed unlikely. The difficulty seems to be that Yourself and Yours is a heavily fractured film and finding your narrative footing on first pass is impossible.

Post A Tale of Cinema, Hong’s oscillated tonally between depression (Our Sunhi, The Day He Arrives, Nobody’s Daughter Haewon) and blithe-bordering-on-farcical (Like You Know It All, Hahaha). Yourself and Yours feels relatively scrambled tonally: it’s intermittently very funny but also an emotional horror movie, more than usual even for Hong. The film’s emotional crux: two people who are in a relationship; the woman will always lie to a partner who knows that but wants to believe untruths to keep things going, creating perpetually festering toxicity. Minjung (Lee Yoo-young) is another hard-drinking Hong protagonist in the vein of Haewon and Sunhi, and it bothers her boyfriend Youngsoo (Kim Joo-hyuk). She’s promised to stop drinking without him, but she’s always being spotted out and about — unless Youngsoo’s films are lying out of malice, a definite possibility that the film never confirms as true or false. Minjung also claims to have a twin, who could be the one running around town; this, too, is never definitively resolved, building another unresolvable ambiguity into the plot.

The plot components are the same ones Hong normally works with — drinking, attendant addled confrontations, romantic fumbling, women correctly explaining to various men why they’re idiots — but with new variations, per usual. The fights are way uglier; normally, yelling comes rather pathetically, accompanied by weeping after prolonged drinking, but here they start sober, fast and unpleasant. No one announces they’re a director until halfway through, beer and makgeolli are being consumed instead of soju; most crucially, instead of the usual structure in which two or three parts perform variations on the same scenes in the same order, the repetitions and situations are unmoored from any predictable, linear order. As his most structurally radical film yet, it’s bracingly disorienting and feels like a crucial new evolution in Hong’s work. And it features one of his most characteristically telling lines about perpetually disappointing men: “I’ve never met a truly impressive man.” True! This is my favorite TIFF film seen on the ground.

Safari is fine, as in it’s just fine but also totally unnecessary wheel-spinning. Seidl’s been trying to pull together financing for at least three years now for a historical film, Herr Grassl, which would be his priciest work yet, and there’s been a definite feeling — in In The Basement and now with this new film — that Seidl’s just killing time and keeping his hand in the game while waiting to do what he really wants. Safari follows Germans going big game hunting in Namibia, and things go precisely as you’d expect: there are immaculately grotesque and symmetrical shots of obliviously evil white people sitting surrounded by taxidermied heads saying terrible things to bookend things. Easily half of the film is hunting footage, and there’s not much variation between sequences; eventually, there’s also the animals’ butchering to sit through and bonus sequences of casual neocolonial racism. The thematic point-scoring feels too easy, even as Seidl tries something new: this is, unusually for him, more handheld verite than staged tableaux. It’s predictably absorbing in a sick way: you watch and wait for an animal to get shot. There are no shock-cuts to a gun suddenly going off: you have to wait with the hunters and wait for the bang, and the camera flinches along with the audience at each recoil.

With the festival winding down, I’m pausing for a few more days after this belated installment — there’ll be more next week, including a few highlights from the Wavelengths shorts programs and a blow by blow rundown of a particularly contentious Q&A following The Dreamed Path.