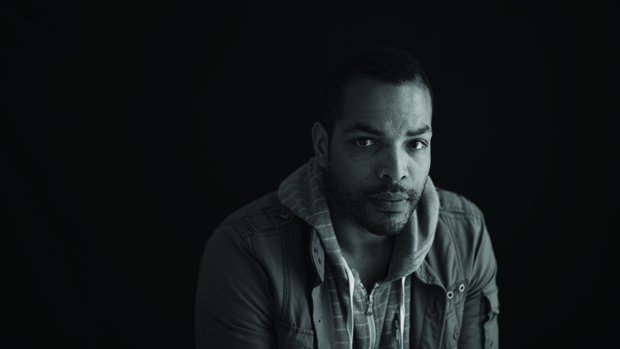 Each year, Filmmaker invites several of the the various participants at IFP Film Week to guest blog our our site. Just before Film Week kicks off tomorrow, director and 25 New Face Reinaldo Marcus Green, a two-time IFP Film Week veteran, weighs in with this first post. Here, he fully expects to have a mind-blowing week even as he, wisely, downscales his to-do list from 10 action items to five. Check back this week for more guest posts from Green and others. — Editor

I grew up an athlete and the attitude I adopted regardless of what sport I was playing was that no matter whether we won or lost, there was always another game. That’s the beautiful thing about attending IFP’s Independent Film Week. Although this will be my third year in a row, it’s a new season, a new set of players, and a new set of rules.

IFP’s Film Week is a very unique time in NYC. For one week, it feels like you have all of your extended family in town, all in one place. As crazy as that may sound, somehow despite its size, IFP manages to keep its spunk and flare by making the individual experience markedly distinct from other programs. It accomplishes this by its stellar staff, by creating a tailored-to-each-filmmaker experience, and also by providing a dynamic space for intimate relationships and connections to blossom and flourish.

For the last two years, I’ve attended IFP’s Film Week as a producer. I’ve been fortunate to bring two feature narrative projects to Film Week, one by my brother Rashaad Ernesto Green, Big Man (Emerging Storytellers) and the other by my friend and collaborator, Mark Kindred, Rogue (No Borders). With help from partners like Sundance and IFP, we hope to have both Big Man and Rogue in production within the next 18 months. This will be my first year attending Film Week as a writer/director. I’m happy to say IFP doesn’t discriminate!

It’s very fitting that it’s football season — it felt like for the last two years attending Film Week, I was a lineman and this year, I’m a quarterback. Two different positions will require two very different approaches.

There are so many things to be excited about during IFP’s Film Week. The sheer plethora of offerings throughout the week can seem overwhelming, and some may fear their projects may get lost in the shuffle. Having been here before, I think there are a few things to keep in mind for those filmmakers who are experiencing it for the fist time: everyone at Film Week is in the same boat, there’s no right or wrong to your experience this week, and if you go at your own pace, you’ll make the very best out of what IFP has to offer. It’s like Sleep No More for filmmakers — you choose your own path and create your own experience. There’s no secret formula.

I’m very excited to have a key part of my team with me here this year, my producer Elizabeth Lodge, from the Department of Motion Pictures (sibling company of the New Orleans-based Court 13 Arts). Liz will have to be my lead blocker this week, making sure she’s protecting the quarterback.

We’ll be attending IFP’s No Borders Co-Production Market with my first feature, Monsters and Men. Synopsis: After capturing an illegal act of police violence on his cellphone, a Brooklyn street hustler sets off a series of events which alter the lives of a local police officer and a star high-school athlete.

Last year, I made a brief list of 10 things I’d like to happen during the week. Here’s this year’s abridged version. I’ve narrowed my goals down from ten to five. With so much to see and so much to do, last year I think my eyes were bigger than my stomach. This year, less is more:

* Most of all, have fun! Last year, this was my #10 on my list. This year, I’m moving it up the list to the #1 spot. “Having fun” sounds very simple, but it’s often the hardest thing to accomplish. We always have to remember why we started making films to begin with.

*Meet with potential collaborators — investors, casting directors, agents, production companies, distributors — from all the different segments of the industry who are willing to share resources and best practices.

* Listen, learn, and grow as a filmmaker — soak up everything I can from the individual meetings, panel discussions, and the various events going on during the week.

* Find time to meet with friends, new & old. Engage in meaningful dialogue around the current state of independent filmmaking and find ways to continue to push the boundaries.

* Depart Film Week with a tangible, concrete plan for moving our project closer to securing financing and into pre-production.

We just want to wish all the filmmakers and the staff at IFP an amazing week. And lastly, to send very special thank you to my brother and partner Rashaad Ernesto Green (Green Brothers), and our other producer, Josh Penn, from the Department of Motion Pictures, who cannot attend in person this week.