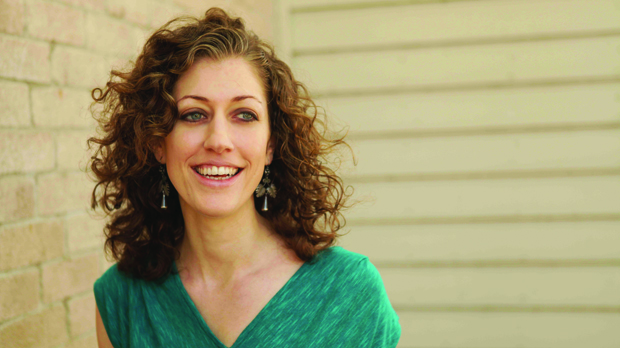 A stolen pit bull, a 14-year-old girl, and an aggressive sexual exchange set the stage for a slyly animalistic act of revenge in Annie Silverstein’s suspenseful and unexpectedly empowering Skunk, her short film that took the top prize this year at Cannes’ Cinéfondation. But while the picture may have been the writer-director’s thesis film at University of Texas, it is actually the product of her decade’s work with just the kind of at-risk youth depicted so honestly on screen.

Long before youth media became a field of its own, Silverstein explains, she was using the practice of moviemaking “to help kids tell stories about issues in their lives.” After working for a nonprofit in Minneapolis, she moved to Seattle and launched a program, Native Lens, at Longhouse Media. Working with the Native American youth there “was a formative experience,” she says. “We mainly made documentaries, telling stories of [the kids’] lives, building cultural pride, exploring health issues, poverty, violence, problems with police. My role would change depending on the piece. Often times I was the facilitator, helping take different ideas and turn them into stories the kids could tell. Sometimes we’d fictionalize things in their lives they weren’t comfortable talking about. I’d give them a topic, like drinking. I’d say, ‘You can play whoever you want, but there has to be conflict and relationships at stake.’”

Still, it was years before Silverstein decided to become a director. “It’s a different thing to facilitate that experience as opposed to do it yourself. You have to give yourself permission, and that took a while.” After feeling “burnt out” on youth work, Silverstein decided to take a break and applied to both social work and film programs. The University of Texas offered her a recruitment scholarship and she enrolled in film.

Committed to nontraditional casting for Skunk, Silverstein looked for kids “who could relate to these characters, not who were these characters.” When asked to cite cinematic influences, Silverstein demurs, saying she mostly draws from the communities around her. “I want to bring these discoveries that you find when shooting documentaries or doing social work into my fiction films,” she says. “You can have a script but then, once it’s placed in the world, you let the world itself, the people you cast and the environment where it’s set, overgrow the initial vision with their own selves, instincts and tendencies. To me that is the most interesting approach to making fiction — through this collaboration, rooted in a story but free to roam naturally.”

Next up for Silverstein is finishing a documentary she began in 2007 while on a Fulbright scholarship to Rio de Janeiro, The Great Madness, about an obsessed artist whose tiling of a decaying staircase became both an international tourist attraction as well as a personal mystery. — S.M.