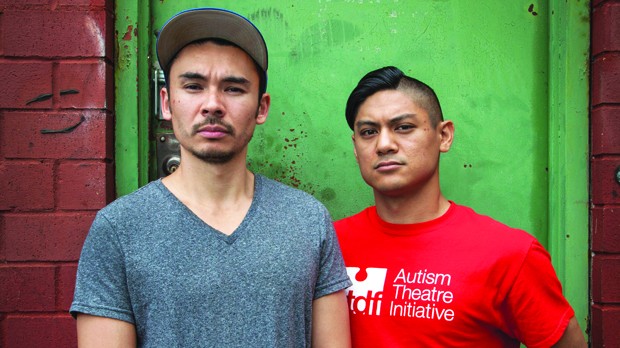 In Manos Sucias — directed by Josef Wladyka, shot by Alan Blanco and written by both — a pair of young, black Colombian men with a battered fishing boat hope to escape their bleak countryside, ruled by the paramilitary forces controlling the local drug trade, by couriering a torpedo full of cocaine to Panama. The run is far from a good idea, but their choices seem limited and the money, while not good, is better than nothing. Things don’t end happily; theirs is a grim tale told within a remarkably handsome and assured debut feature, one exploring the burdens of collaboration under pressure with a fair share of grace. Given that the movie was shot in a still hotly contested part of a troubled country, the themes it reflects upon weren’t simply the province of what was staged in front of the camera.

Executive produced by Spike Lee, Manos Sucias took home the Best New Narrative Director prize at this year’s Tribeca Film Festival. “I was traveling through South America with a close friend,” Wladyka explains, “cruising up the Pacific Coast of Ecuador and Colombia, and we kept hearing stories from local fisherman about how the drug trade affected their communities and everyday lives. We heard stories of people on go-fast boats with narco submarines, hiding bales of cocaine and heading toward Panama. I knew immediately there was an important story to be told.”

Having met at New York Univeristy’s graduate film program, where they began working on scripts together, Wladyka came to Blanco with the idea for the film, and the two of them spent several years crafting the screenplay. “Joe first started showing me the photos and research he had compiled, and I was blown away,” says Blanco, who grew up in the U.S. but visited the Philippines with his family. “Though unique, the images of Buenaventura echoed places I had experienced in the Philippines. We started exploring themes and ideas innate to Buenaventura, ideas about family and struggle, but also joy and young adulthood. I knew it could be amazing.”

After partnering with producer and fellow NYU grad Elena Greenlee and Márcia Nunes, the project drew some strong champions, including the San Francisco Film Society, where it received the KRF Filmmaking Grant, and Lee, who was Wladyka and Blanco’s professor at NYU. It’s hard to argue with the results. Despite its ocean setting, the film reveals remarkably poised framing choices, color control and an intangible feel for genuine moments of dread, terror and sadness. Its leads — actors from a major drama school in Columbia — feel utterly authentic. The movie suggests that the Columbian drug trade’s most brutal days might be behind it, but for the often impoverished rural communities full of young men desperate for a piece of the action, the ravages remain.

Wladkya and Blanco are currently in the earliest stages of a new project while still attempting to get Manos Sucias out into the world. “We are working on a script about a single mother who fights to keep her hyper-chauvinist teenage son off steroids,” Wladyka says. “We really want to tell a story with a strong female lead that explores themes of masculinity in contemporary society.” — Brandon Harris