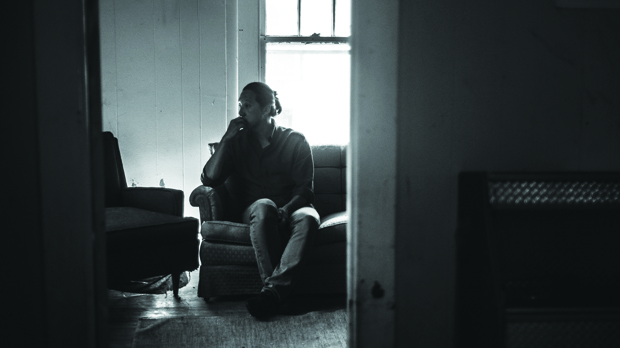 Sometimes, we recently realized, a new face is right under your nose. At Filmmaker this year, we’ve posted several astutely seductive and visually elegant video essays that transcend the supercut genre. While many online supercuts work via brute force, mashing together clip after clip to a booming Hans Zimmer score, the short films by elusive creator :: kogonada (that is not a typo) are delicate and precise. Whether identifying “one-point perspective” in the work of Stanley Kubrick or the attention Robert Bresson pays to hand gestures, a :: kogonada film revels in a sense of discovery — freezing, forwarding and juxtaposing to find hidden meanings and correspondences.

In the last several months, :: kogonada’s work — commissioned by the Criterion Collection and Sight & Sound, among others — has grown more ambitious, inhabiting neorealism’s dead spaces (What is Neorealism?), yoking Auden to Linklater (Linklater // On Cinema and Time), and finding the roots of Steven Soderbergh’s jeremiads against linear narrative in a single 21-year-old shot (the stunning Against Tyranny, on Criterion’s King of the Hill release). But it’s :: kogonada’s upcoming work that may be most exciting, like the transfixing, visually alliterative Tempo // Basho, which “explores the possibility of alternative modernity in the films of Yasujirō Ozu” — the subject of :: kogonada’s abandoned dissertation — and Coco and Jem, a dramatic narrative that “explores memory and recovery and the role that cinema plays in both” through the story of the continuing relationship of a recently divorced couple.

Answering questions via email, :: kogonada says he dislikes the word “supercut,” preferring instead “essays,” “bricolage” or even “sushi.” He pinpoints an early experience with his father as formative: “My family and I immigrated to the U.S. when I was a child. My parents are immensely creative, but like many immigrants, their days were dominated by work. Nonetheless, my father passed along an aesthetic mindset. He’d often find a piece of wood and say: ‘Look, this is art.’ To me, it just looked like a branch, but he would go on about its form: the curve, the balance… I realize now that he wasn’t making a statement about art, but a way of seeing — as if to say, it’s our responsibility to attend to the form of things… I think in some ways, the pieces I’ve created are an echo of my father picking up a piece of wood and telling me to look, to see.”

Despite the shadowed picture and mysterious moniker, :: kogonada isn’t properly anonymous, showing up at screenings of his work. “I like Chris Marker’s idea about your work being your work,” he explains. “I’ve also never identified much with my American name, which always feels a little strange to see or hear. My family uses a nickname that I’ve had since I was a kid. I also went by a different name during my academic phase. And I’m quite fond of heteronyms.”

After premiering his latest pieces, :: konogada hopes to work on a feature, even as he’s aware that his short-form output, which amasses hundreds of thousands of views online, may be most apt for this historical moment. “I want to continue to explore the possibilities of this form,” he writes. “Cinema as we know it is changing. How we make it, consume it, engage it. I want to contribute. I’m hoping to create a feature-length piece in the near future, whether it is a series of pieces (sushi-style) or a single experience (possibly narrative and/or experimental).”  — S.M.