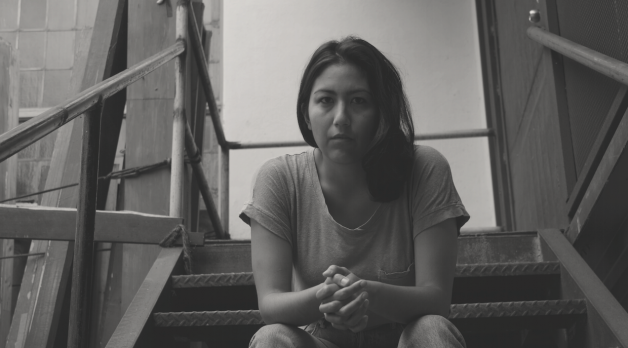 When I hesitantly tell writer/director Beth de Araújo that her gripping, disturbing screenplay Josephine — based on an actual event from her own childhood — reminds me a bit of We Need to Talk about Kevin, I’m happy when she affirms that I’m on the right track. “I actually describe it as Taxi Driver meets The Kid with a Bike,” she replies.

Set to be the L.A.-based writer/director’s first feature, Josephine has been making the rounds. It’s gone through the Sundance Screenwriting Lab, the IFP No Borders International Co-Production Market, and it won the Rainin Filmmaking Grant from the San Francisco Film Society. As for the script’s eponymous heroine, she’s as if, says de Araújo, Travis Bickle was an eight-year-old girl. Indeed, like Scorsese’s classic, her script is a provocative and nuanced examination of sexual violence and imperfect justice but with a pre-teen girl experiencing the heightened senses and paranoia that can be produced in the wake of trauma.

Josephine has an arresting opening. Josephine and her dad are jogging together in Golden Gate Park, when she sprints up ahead and comes across a man sexually assaulting a woman on the path. The woman and Josephine lock eyes as her father rounds the corner and the rapist races away. Moments later, Josephine finds herself in the back of a police car, sharing uneasy space with the assault victim, while her dad is taken by police to ID the suspect they’ve caught. And in those few moments, Josephine’s childhood is capsized. Says de Araújo, “Josephine slowly starts to lose her mind. As adults try to explain what rape is to a young girl, problems emerge, and she becomes more and more cautious of the world around her.”

The child of a Brazilian Olympic runner father and Chinese-American ballerina mother, de Araújo grew up in San Francisco, and certain opening scenes are “100% autobiographical,” she says. “I’d go to Golden Gate Park every Saturday with my father and play soccer with him while my mom slept in.” In the true incident, her dad testified in court, and the assailant was sentenced to 11 years. And while Josephine’s mental spiral is fictional, de Araújo says, the writer/director has been dealing as an adult with hypervigilance and paranoia, which she traces back to the childhood event.

De Araújo is a graduate of UC Berkeley, where she played soccer, like her dad, and has an MFA in Screenwriting from AFI. (Screenwriting is a bit like sports, she says — “Creativity within a structure.”) She recently directed two episodes of the Lifetime series My Crazy Sex and shot a short film through AFI’s Directing Workshop for Women, an adaptation of a 2014 Gawker essay she wrote, “I Want to Marry a Creative Jewish Girl.” She’ll also shadow on season three of American Crime Story through the Ryan Murphy Half Program. And, after attending IFP Film Week this fall, she’ll work on pushing Josephine into production. “That event has haunted me to this day, and this film, in part, is a catharsis — a way of processing it as an adult who’s now getting closer to the age of that woman in the park.” — SM