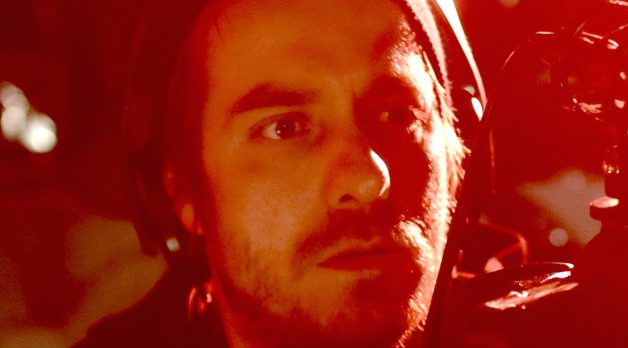 Growing up in Pittsburgh, Jonathan Olshefski would use his video camera “to do bad things, be crazy, set things on fire and jump off of stuff” — make skater videos, in short. Studying film and English at Temple University, he found himself drawn to a mode of making movies that was more based around experimenting with the camera: “What can this camera do? What happens? Trying to learn the technology divorced from narrative — it’s a way to focus on the frame and composition, light and dark.”

When Olshefski moved to Philadelphia in 2000, he began working on a variety of projects — still photography series, short films, an interactive online narrative. The most important involved taking photographs for a blog his close friend Andrea Collins-Smith started after she was diagnosed with cancer: “She was sick of having the same conversation about her diagnosis with everybody. She wanted to get all of that out of the way and hang out like a regular friend.” The blog ultimately went viral but, more important for Olshefski, “the trust that she put in me gave me the faith that you can go deep, that something really powerful can happen when you’re able to have your story heard or put out there. I probably would never have done Quest” — his Sundance-premiering documentary — “or had the guts to do [the parts] where it’s getting deeper and more personal.” Her unseen presence hangs over the film: Collins-Smith is listed in its closing  “in memory of” credits, and Olshefski is developing their collaboration into a book, Punk Rock Mommy.

Documentary filmmaking arose from Olshefski’s curiosity about Philadelphia: “A lot of it was just riding my bike around, exploring the city with a camera and hopping off when I saw something interesting — some abandoned factory or a textile warehouse.” One day, a friend invited him to come along to a recording studio where neighborhood hip-hop artists regularly gathered, introducing Olshefski to Christopher “Quest” Rainey. A few months later, Olshefski was invited back to take photos of the musicians in action and a relationship began, culminating in his debut feature.

Quest, which will air on PBS’s “POV” in 2018, follows Rainey and his family over the course of 10 years. It’s an unavoidably political film, which shows time and again how this black family’s life intersects with policy and political issues. Olshefski largely acted as a solo shooter and on his own steam (he didn’t get any institutional support until eight years into the project), and the remarkable level of intimacy and trust shows. “I just love being with a camera and people I find compelling, so my M.O. is to shoot first and figure it out later,” Olshefski says. “Maybe a movie happens and maybe it doesn’t, but it’s an excuse to hang out.” As a result, he has another years-spanning portrait already in the works: For the past six years, he’s been shooting another family, the Fiddlers. “In a lot of ways, it’s a sister project,” he notes, “but after that I don’t know if I can keep doing these 10-year projects. I’ll see this one through and then maybe just film for a month and make a movie out of that.” — VR