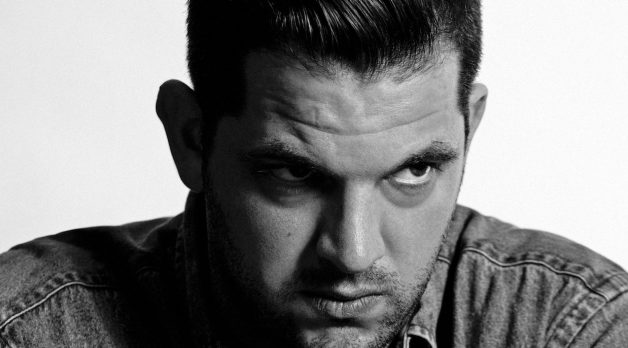 Nabil Elderkin has told his origin story so many times, but on the phone from L.A. he gracefully relays it again for Filmmaker readers: “I was born in Chicago and moved to Australia when I was three, to a beach town. I grew up there and surfed, but when all my friends became better than me and got sponsors, I became the guy who stayed on the beach shooting the surfers. It kind of sucked, but it got me learning about cameras.”

Elderkin moved back to Chicago when he was 17, he continues, and started taking photos of local musicians and bands. “I heard an early mixtape of an artist named Kanye West, and I was blown away. I couldn’t get a connect, so I bought his website [kanyewest.com].” That bold move paid off, and Elderkin began photographing for West and then moving into music videos, beginning with one for the Black Eyed Peas and then segueing into classic West tracks like “Welcome to Heartbreak” and “Mercy.”

Elderkin is still a huge name in the music video business — recent work includes videos for Kendrick Lamar’s “DNA” and SZA’s “Supermodel” — but the project that he’s consumed by at the moment is his first feature, Gully, which he hopes to get before the camera in the next several months. It’s a bold, confrontational and interwoven tale of three teenagers navigating contemporary violence and past trauma on the harsh L.A. streets, with a specificity of language and philosophy of violence that’s earned comparisons to A Clockwork Orange.

Elderkin first read Marcus J. Guillory’s script three years ago, after producer Alex Georgiou cold approached him at New York’s Bowery Hotel. “I had tears in my eyes,” after turning the final page, Elderkin remembers. The project was further developed at the 2016 Sundance Screenwriters Lab, where advisor John August offered a simple but important note. “There was a piece of the puzzle in the wrong spot, and he suggested we move it up. It was a simple thing that gave a lot more empathy.”

Describing his visual ideas for the film, Elderkin cites the photographs of Gregory Crewdson and films like A Prophet. “I’m really trying to make it epic — I’m not trying to do a gritty little handheld indie film,” he says. “Slow, calculated camera movements and wide angles — poetic and reflective. And I want there to be surreal moments that will add to the tension, when power lines will buzz slightly louder and clouds move slightly faster.” The closest comp among his videos “in terms of camera movement, subtlety and framing”  is “Cut this World,” by Anthony and the Johnsons, says Elderkin.

In recent weeks, Elderkin had been in soft preproduction, casting and scouting locations. But one financier dropped out, and Elderkin and his producers are hustling again. “I want to make a movie that pushes the boundaries and sheds lights on certain aspects of American culture and reflects the world. There’s a lot of violence — it’s a very violent script. And black culture isn’t the biggest market when it comes to foreign sales, which is fairly discouraging,” he says. “Black culture in film has been marginalized, as is reflected in Gully. It’s not a traditional script. But it pushes boundaries. It’s wild and crazy and violent and true to what the world is like underneath.” — SM