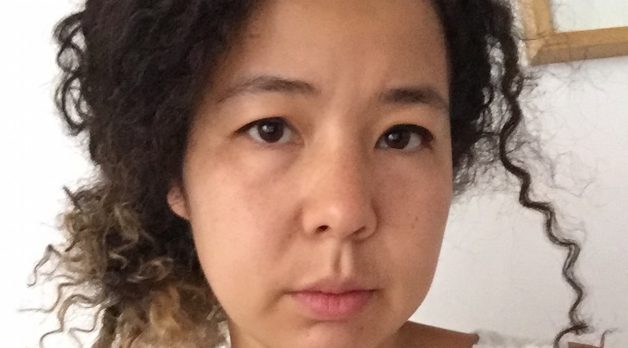 Jessica Kingdon’s father is Jewish-American and her mother Chinese; she never had any particular interest in filming her mother’s country while pursuing her cinema studies degree at Columbia before moving on to a master’s in media studies at the New School. She credits her brother, who learned Mandarin and moved to China for a few years, with renewing her interest. Commodity City — which premiered at this year’s Slamdance Film Festival — and Routine Island, currently in rough-cut assembly, are the first two parts in what’s intended to be a trilogy of short films about China and, in her words, “consumer behavior, consumerism, mass production and factory work.”

The largely wordless first short covers Yiwu, one of the world’s largest wholesale markets, captured in rigorously composed tableaux shots of employees against often inadvertently absurdist backdrops: racks of toy Santa Clauses, pillows with various big-eyed animals’ plaintively cute faces. Routine Island examines the Micronesian island of Palau, a popular destination for Chinese tourists captured in fluid handheld as they pose for awkward vacation-memory photos on a boat. Currently in development, Waste Village will look at the small towns charged with repurposing hazardous waste from other countries. The first two films were shot largely as solo shooter operations, with a translator to mediate: “China is a place that’s both foreign to me — when I go there I’m very much a foreigner — and yet familiar to me. I’m half Chinese, biologically. People there expect me to be able to speak with them.”

New School’s hybrid media studies program appealed to Kingdon because “I didn’t want to go through traditional film school. I wasn’t sure if I wanted to be a filmmaker — I thought I wanted to be some kind of visual artist. But I kept going back to film, and I just wasn’t sure if there was a place for me in this industry with what I was trying to do: more experimental documentaries skirting the line between video art and a straightforward documentary.” The Chinese trilogy doesn’t necessarily have to be a trilogy per se: “I envision each of them will have their own independent festival runs, and then some website or media organization will patch them together and play them online,” Kingdon says. “There’s a bunch of other ideas I have in China. If it was a ten-part series or a five-part series, we could also make that work. The important thing is that each one can stand alone.”

Kingdon also works as a producer (her credits include Johnny Ma’s Old Stone) because “I actually do like the practicalities and logistics of getting things done. The first thing I produced [the 2016 short Someone Good Will Find You] was because I was too scared to direct it. I didn’t know what directing was or how to direct a narrative film. So, I wrote a script and then I worked with a director, and I produced it, and I was like, ‘Oh, wow, this is kind of a thrill.’” She’s also made a few narrative shorts in the past and plans to do so again: her latest, Jessica, is currently seeking a festival home. — VR