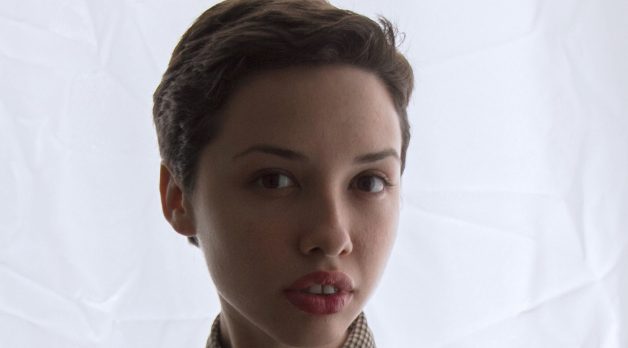 Born in 1991 and raised in Romania, Ana Maria Vijdea had an itinerant upbringing even before she traveled outside the country: Her parents filed for divorce in 1990, during the transitional period after dictator Nicolae Ceaușescu’s death. “People didn’t exactly know what a divorce is and how to deal with it,” she says. “They had to travel a lot and start from scratch.” Vijdea was raised for part of her childhood by her grandmother in the small town of Buzău, then moved alone to the larger city of Cluj-Napoca at age 15, working to support herself.

Originally intending to write screenplays, Vijdea was redirected to documentary films in her second year of film school after Romanian documentarian Andrei Ujică (The Autobiography of Nicolae Ceaușescu) showed her D. A. Pennebaker’s Dont Look Back. A scholarship from the EU’s Erasmus Programme enabled a year in Turkey; her first documentary, The Light that Memory Lends to Things, was assembled from five journeys on a train traveling from Ankara to Tehran over three days. She didn’t understand Farsi, and the only person she could find upon returning home who knew both that and English to help with translation was musician Mehdi Aminian. That led directly to her next project, Rehearsals, following eight musicians preparing for a concert devoted to the songs of Romanian singer Maria Tănase. They communicate in lingua franca English while prepping: “In one way or another, each film is about those who try to break the barriers of communication,” she notes.

After a stop at Portuguese production company Filmes de Gajo, a Fulbright scholarship brought Vijdea to Syracuse University and her current project, John 7 46. A medium-length documentary in the final stages of post-production with the intent of a world premiere this year or next, the vérité portrait follows Gian Sgromo, the cantankerous co-owner of a space that’s part deep-discount used-goods dollar store, part artist’s studio. Sgromo offers patrons a discount on their purchases if they destroy one of his paintings as an active demonstration of how participating in corporate capitalism is literally anti-art.

Vijdea’s observational camera slowly establishes a deeply immersive sense of place and the racially charged interactions between Sgromo and his many black customers and friends, which he calls out himself on camera. “The level of racism in Romania is very high,” Vijdea says. “Roma people are a big part of our population, so the problems are, in essence, the same. He’s a very difficult person, and he was a bit afraid of how he might be judged by the audience. He wasn’t racist, he wasn’t homophobic, any of those things — just a bit of an impulsive person, and even though he hurt people with his words they kept sticking around. He was quite direct and that was what I appreciated most about him. I think that’s something that’s quite lacking in Syracuse and the United States as a whole.”

Vijdea plans to be in Syracuse for at least two more years: Her next project will be a 360 documentary about a family.  — VR