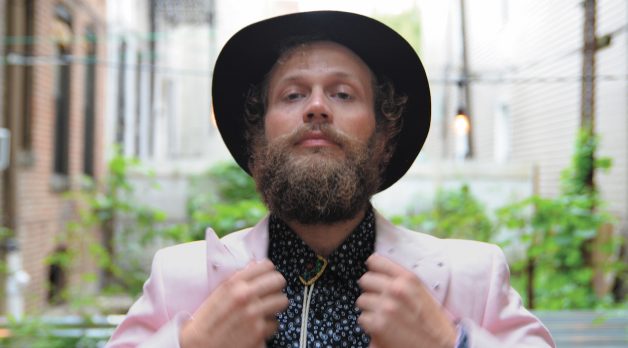 The charmingly Southern and impeccably dressed Bo McGuire doesn’t list the typical influences you might associate with independent filmmakers of a certain age. The self-proclaimed “queer son of a Waffle House cook and his third-shift waitress” from Hokes Bluff, Alabama, McGuire cites Dolly Parton as his biggest inspiration and Reba McEntire’s 1991 music video, “Fancy,” as his first cinematic love. Attracted to perverse adolescent entertainments like Killer Klowns from Outer Space and Return to Oz, the young McGuire would direct neighborhood friends in makeshift productions of Clue. “There was a part of me that’s always been doing this,” McGuire says, “and making movies was my little-boy dream.”

Unsure where that dream would lead, McGuire instead chose to pursue his love of literature (“my dad was a booksy person and had a huge library that he created out of a shed attached to our house”), receiving a BA in English and a MFA in poetry. But, true to form, it was the compelling allure of a music video (the Lady Gaga and Beyoncé collaboration “Telephone”) that reignited McGuire’s appreciation for image-making. He enrolled in NYU’s MFA film program soon after.

McGuire’s loyalty toward, and fascination with, his extended Alabama family prompted his deep dive into nonfiction with a popular festival short, Socks on Fire: Uncle John and the Copper Headed Water Rattlers, and what will soon mark his feature debut, Socks on Fire. Despite documenting the battle between his uncle, a drag queen, and his aunt, a homophobe, as they feud over their deceased mother’s estate, Socks isn’t a painful take on a warring family that can’t get along. Under McGuire’s watchful eye, it’s both a warm tribute to his grandmother and a hilarious testament to his roots. In one scene set at dear grandmother’s grave, Uncle John grieves, “I know you don’t want to believe it, but you’ve got one bitch of a daughter,” the camera pulling further back to reveal McGuire, smoking a cigarette, encouraging his uncle to wrap things up (“alright now, we got to pull ourselves together. It’s time to clean house, get these motherfuckers out of it… Sorry, Nanny and Papa, ’scuse the language.”)

An even more influential female character who pops up through all of McGuire’s work is Barbie, the Mattel doll. Barbie and friends are cast, in a proof-of-concept available on McGuire’s personal website for a future project, as stand-ins for humans, and the effect is equally hilarious and sincere. After all, McGuire has long professed his love for the plastic blond bombshell. Recounting his request for a present one Christmas, McGuire reminisced, “I remember sitting in the Orange Julius at the mall when [my grandmother] asked me if that’s what I really wanted. I was adamant: a Barbie… or death.” — Erik Luers/Photo by Carl Conway Maguire