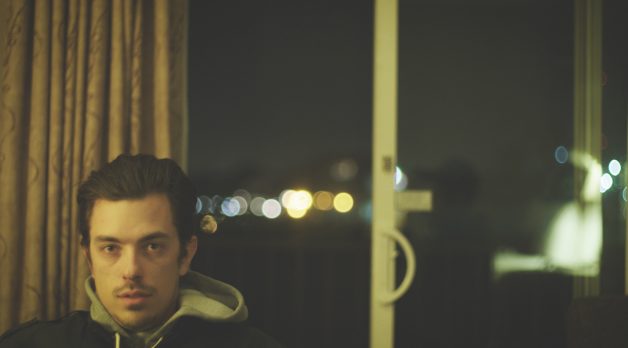 While growing up in the Chicago suburb of Buffalo Grove, Brad Bischoff’s parents didn’t want him following his skateboarder brother Wes into the city. One day, Wes was briefly arrested by the FBI for skateboarding on federal property, sealing his parents’ resolve. “My friends ended up kidnapping me and taking me down to the city,” Bischoff recalls. “When I came back, I had all this footage I showed my parents and said, ‘Look, the city’s a good place!’” He later enrolled as a commuter student at Columbia College Chicago; after graduation in 2009, he moved to the city and started a production company, Rubbish, with four close friends. Their first major project was a branded short for a new line of Intel SSDs. “We got one big job every year, but we weren’t able to sustain it,” he says, so they closed shop in 2014. That’s when Bischoff decided to try his hand at agency work; since then, he’s been editing commercials, directing music videos and direct-to-client content, and “just hustling.”

One of his first shorts, 2012’s Where the Buffalo Roam, came about when his other brother, Tyler, was moving back home just as Bischoff was moving out to the city. They’d never been close growing up, but suddenly Bischoff missed his brother. He wrote a screenplay and started hanging out with Tyler with the camera rolling. He knew his brother had problems with drinking and asked if that was OK to incorporate onscreen. Eventually ditching the script, he describes the results as “a road map of so many nights we lived together: Those are the schools we would break into, the roofs we would hang out on.” Similarly, his short Lady of the House began as a scripted narrative about an opera singer who’s become a parent; learning that was his wife’s sister’s actual life story, he redirected the film with her as the subject. Ditto Field Song, a voiceover story about agricultural labor with his father-in-law narrating.

Bischoff’s first feature screenplay, The Grasshopper, reads as very scripted, but it’ll use the same methods of his hybrid-leaning shorts, incorporating nonactors and background players as much as possible. A bleakly funny Before Sunrise for mutually destructive alcoholics, it follows unstable couple Ray and Lisa over one increasingly sodden day and night, roaming through neighborhood streets, bars, open houses and many places they’re increasingly unwelcome. The script doesn’t feel like guesswork, which Bischoff confirms: It’s in part “inspired by living with my brother and having drunken rampages. You wake up, you’re like ‘I’m never gonna drink again.’ Then five o’clock rolls around, and you’re having a beer. Before we had our daughter, my wife and I were going out every night and having a shitload of fun. When we had a kid, it was like ‘OK, things have to change.’ I wrote the script while she was pregnant.” Saleh Bakri and Iva Gocheva will play the leads in a production that will shoot next year. Now living in Ventura, California, Bischoff plans to draw on his past by shooting in familiar bars and Chicago neighborhoods (including, hopefully, revisiting the Glencoe area north of the city where John Hughes shot). — VR/Photo: Casey Bohrnell