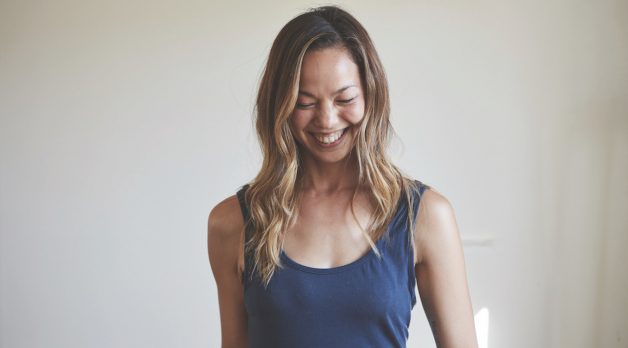 In Hannah Peterson’s short, East of the River—her thesis film, made as part of completing an MFA at CalArts—teenage Teonna (Ayiana T. Davis) is unexpectedly suspended for the day. She only learns that when she arrives at her high school; unable to enter to take a key exam, she hooks up with two friends to kill time. Their desultory hanging is captured in handsomely composed widescreen frames that don’t stifle the vibrancy of the very real teenagers onscreen. Peterson doesn’t force a dramatic arc onto this wasted day: No lessons are learned or major changes experienced. Despite some low-key tensions, River chooses experiential immersion over artificial conflict.

“Film happened later in my life,” explains Peterson, who grew up outside Washington, D.C., in northern Virginia. After working in media management for a Kenyan nonprofit, she wanted to study writing. “I was wrestling with a lot of my experiences and ended up finding myself in documentary theory classes at the New School,” she says. “The program was really geared toward experimental film and documentaries that are basically anthropology.” That approach informed Peterson’s interest in docufiction and social realism; watching films from Harvard’s Sensory Ethnography Lab was also a key influence. After researching her options, Peterson concluded that CalArts (with faculty members like James Benning and Sharon Lockhart) was her “dream school.”

The year before making East of the River, Peterson “made a documentary that took place at the National Cowboy Poetry Gathering in Nevada. It was a way for me to work out some of the things I had been thinking so much on when I was studying documentary theory, mixed with a lot of the things I was learning about narrative structure. That was a big thing that led me, in a way, to East of the River because I learned through it I could draw from my interest in documentary but still make a fiction work.” Peterson also cites the importance of working as Sean Baker’s production assistant on The Florida Project; like him, she pointedly uses the term “first-time actors” rather than “nonprofessional.”

Peterson had already made a commissioned short documentary about school pushout [practices that contribute to students dropping out of school] before making East of the River, so “I had a fair amount of research under my belt to go into it.” The actors were D.C. public high school students who all had experiences with being suspended or other disciplinary processes, and their input was solicited over lengthy improvisational workshops. The project had rules because “CalArts certainly has this in the air, that it’s good to set up structural rules for yourself when you’re making a film.” Those rules included not closing off any sets so as to shoot in wide locations and working with long lenses. “In the future, I’d love to allow myself to be a little looser,” she says, “because that controlled image is something I’m more and more trying to get away from.” She plans to continue working with “first-time performers in live settings” and is developing a feature she hopes will be in production in the next year.  — VR/Photo: Brandon Barnhart