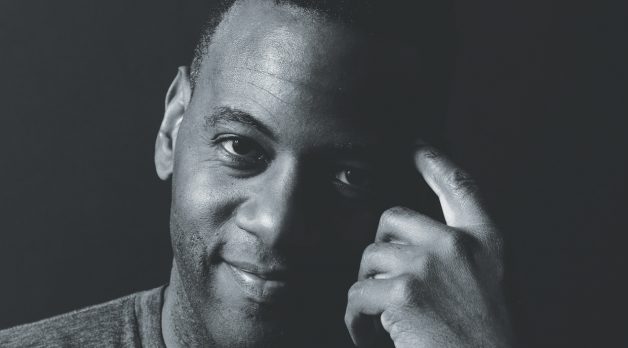 Carey Williams’s Emergency, an 12-minute short about three unlucky college men who find a young woman sprawled across their apartment floor, has been described as a comedy. “There’s an unconscious white girl in our living room,” the lead, a panicked Black college student, declares to his bewildered Hispanic housemate, although how the vomit-spewing woman got there (and what knocked her out cold) is anybody’s guess.

While there’s humor apparent in the way these nonwhite buddies brainstorm a scheme to prove their innocence, the social predicament presented to the viewer—if they were to call the police, would these young men be racially profiled and inaccurately accused of destabilizing or even assaulting the woman?—is both funny and deadly serious. “I approached it as a drama,” explains Williams, who created the short through Film Independent’s nine-month Project Involve mentorship program. “It’s a real situation for these guys. It’s scary for them, but the things that they’re trying to do to get out of it are comedic.”

Growing up in Pensacola, Florida, Williams was fascinated with the films of Spike Lee and the Hughes Brothers and, in general, stories that illuminated racial tension in America. He attended Florida State University, first for psychology and then, after receiving his degree, for film. Relocating to Los Angeles to further pursue his career, Williams took gigs directing music videos as well as a stint driving Ethan Hawke to set during production for the 2001 Antoine Fuqua film, Training Day. “He’s a Texas guy, and half of my family is from Texas, so we had that connection,” Williams said, noting that the Austin-born actor would provide him with scripts to read in his free time.

Williams’s filmmaking pursuits really took off after his short film Cherry Waves, the story of a street fighter and the female lover she wishes to run away with, won the HBO Short Film Competition at the American Black Film Festival in 2012. Emmy-winner Greg Yaitanes was a fan and invited Williams to shadow him on the Cinemax series Banshee. Williams’s substantial shot lists impressed Yaitanes, leading to an opportunity to direct a webisode of the show’s spinoff, Banshee Origins. Williams accepted, and on just a few days’ notice, shot the nine-page script in a few hours.

Chosen as one of three recipients of a 2018 HBOAccess Directing Fellowship, Williams has just completed a pilot, Halfway, that will air on the network in the near future, while a feature version of Emergency, which also won Best Narrative Award at SXSW this year and a Special Jury Prize at Sundance, is also in the works. Is there a noticeable through line apparent throughout Williams’s rise up the filmmaking ranks? “’The biggest thing you need to remember,’” Williams remembers Yaitanes telling him, “‘is to adapt,’ and it’s so true, because nothing ever really happens according to plan. You’ve got to be able to think on your feet and use whatever skills you’ve learned to make it work.” — Erik Luers/Photo: Charles W. Murphy