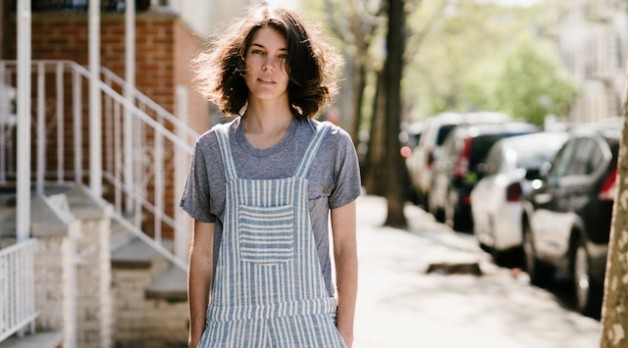 A dancer and choreographer by trade, Celia Rowlson-Hall recalls her entrée into filmmaking as a sort of serendipitous intervention. After graduating from North Carolina School of the Arts with a Bachelor of Fine Arts in dance in 2006, Rowlson-Hall moved to New York and worked in concert theater until filmmaker Ray Tintori asked her to choreograph the music video for MGMT’s “Electric Feel.” “I fell in love with it immediately,” she says of being on set. “Just watching the entire, very intense process, the act of literal labor, pushing out this baby over the course of a 12-hour day. I thought, ‘Why don’t I bring my choreography to film instead of theater?’”

Rowlson-Hall’s transfixing approach to filmmaking, which folds one art form into another, allows her to employ her body as a storytelling vehicle. In her first short, 2010’s Prom Night, Rowlson-Hall cast herself as a bewigged blonde in a balloon-strewn high school gym who shape shifts into various female archetypes, from Pamela Anderson to the Virgin Mary. Her feminist inclinations are even more apparent in 2012’s The Audition, in which she auditions for the role of “clipboard woman,” literally jumping through hoops to meet the demeaning demands of the off-screen producers.

Rowlson-Hall departed from the single-take formality of these two shorts when she made 2013’s Si Nos Dejan, a Borscht-funded, image-driven inquiry into relationships, gender-bending and motel rooms that served as a kind of blueprint for her in-post feature, MA. At its work-in-progress screening at the Tribeca Film Festival in April, the film was billed as a retelling of the Virgin Mary’s pilgrimage. But Rowlson-Hall prefers to consider it as a document about two parallel treks toward salvation within the context of man vs. nature. MA (played by Rowlson-Hall in her most arresting performance yet) is on her way to Las Vegas for the selfless, spiritual task of giving birth to a savior, while Daniel (Andrew Pastides), her foil and eventual partner, is en route to Hollywood to become an actor.

Growing up in a religious household in Virginia, Rowlson-Hall recalls being obsessed with the birth of Jesus and perplexed by the absence of his mother in the Bible. “There must be only one paragraph about Mary, so I wanted to tell a story about the end of the beginning,” she says. “How do we get to the baby on the doorstep? What happens to the mother on her journey? MA was influenced by my understanding of the Bible, but there are immaculate conceptions in all religions, and it was also connected to my own journeys, my own failures, and love.”

With a festival premiere on the horizon, Rowlson-Hall, now based in Los Angeles, is already working on her follow-up to MA, full of cool, water-heavy imagery, in stark contrast to the former’s desert-bound setting. The sheer unpredictable nature of filmmaking aside, it seems certain that Rowlson-Hall will continue creating essential feminist work, stretching the traditional language of the filmic form, with an ever open door between her depictions and emotions. As she says of her oeuvre thus far, “It’s just me, moving through it.” — S.S./Photo by Matt Rubin