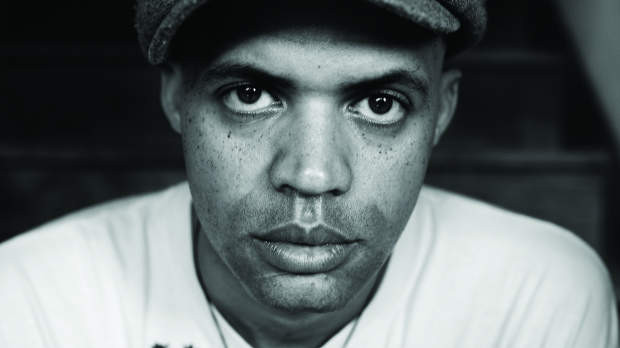 The line separating documentary and narrative film aesthetics has never been more porous than it is now. Damon Russell is a filmmaker whose work lives right on that line. The Atlanta, Georgia native, who shuttles between Atlanta and New York as projects come and go, made a short film that was partially shot in the notorious western Atlanta ghetto, “The Bluff.” After seeing Russell’s film, a Bluff resident named Curtis Snow, whose livelihood revolves around armed robbery and drug pushing, sought out Russell to make a film about his life. Snow on Tha Bluff, which world premiered at this year’s Slamdance Film Festival before making stops in Maryland and Brooklyn, is as authentic a document of the life of a young, black, crack-dealing single parent as you will ever see in any festival’s narrative competition. At first glance, it’s nearly impossible to know how much of the film is staged or not; it opens with Snow stealing a camcorder from some unsuspecting tourists slumming for drugs after a stop at Stone Mountain. The rest of this “found footage” movie is ostensibly shot on that camera.

“He had some footage already that I wanted to incorporate and there wasn’t any direction at first,” says Russell. “I would just start filming whatever was around that would happen. We’d be standing somewhere and then an ambulance would zoom by with five cop cars behind it, so we’d take everyone and follow them and just start filming whatever was going on in the neighborhood. As things progressed we started to see a story.” Light on narrative and heavy on incident, Snow on Tha Bluff is at turns exhilarating, comical and infuriating as its anti-hero proves to be as clever and resourceful as he is violent and irresponsible. Ultimately trapped in a brutal system of recrimination and victimhood, the film’s end takes us full circle, with Snow exhibiting the first glimmer of desire to share his story.

“Curtis got arrested five times during the process of shooting this movie,” says Russell, who was arrested with him at one point and incorporated actual footage of Snow being released from prison into the film’s narrative. “Being released from prison, having to take care of his child — these were all things Curtis was dealing with. And I had to put them into the movie.” The Georgia State University alumni, who sites Mathieu Kassovitz’s La Haine, Nicolas Winding Refn’s Pusher trilogy and reality television as influences, plans to keep making films that skirt the line between “reality” and “fiction.” He’s currently at work on a horror film using many of the same techniques with his partner Shawn Christensen — whose excellent sci-fi short, Brink, he produced — under their Fuzzy Logic banner. — Brandon Harris