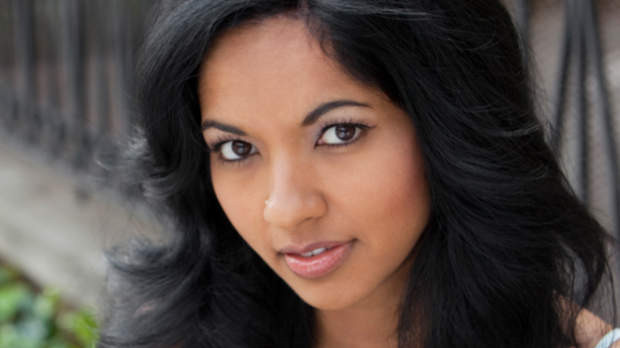 “I became a film composer by accident,” admits Gingger Shankar, who was called in one day by a music supervisor to work on some cues for The Passion of the Christ. A vocalist and musician raised in Los Angeles and India, Shankar has performed on stage with everyone from Peter Gabriel and Frank Zappa to the Chicago Symphony Orchestra and Smashing Pumpkins. But contributing music that would accompany the cinematic image? “I was swimming in the deep end,” she says.

Her work on John Debney’s The Passion of the Christ score impressed the folks at the Sundance Composers Lab, and they invited her in 2007. In fact, Shankar traces her sudden rush of credits all to Sundance. “The lab was amazing,” she says. “We had James Newton Howard, Graham Revell and George S. Clinton as advisors. I walked in a musician and out as a composer.”

Sundance paired Shankar with director Maryam Keshavarz, who was developing what would be each of their first features, the Tehran-set Circumstance. “Sundance locks you in a trailer with a director, and Maryam and I really hit it off,” Shankar remembers. “From the lab on we said we wanted to work together.” In the years it took to get the film off the ground, Shankar and Keshavarz communicated by Skype as both traveled around the world. But even as much time elapsed between Sundance and the film, their initial musical vision didn’t change. “One piece of music I wrote in the lab was used in the film. Everything else came from [that one cue],” Shankar says.

Mixing hip-hop-influenced electronica with traditional themes, the Circumstance score points to what makes Shankar well suited for the next wave of independent film, as filmmaking traditions from around the globe blend and inform each other. Echoing the journey of her characters, the music, Shankar says, represents “the modern versus the traditional. It’s true to Iranian music while bringing it into the new world.” On another recent film, Igor Voloshin’s Bedouin, she wrote both Chinese pop and traditional music. “Independent budgets aren’t as great, so you get to create all these types of source music that you’d never be able to do in your [recording and performing] artist life,” she says.

Shankar’s other scores include Sean Hackett’s independent feature Homecoming, about a female soldier’s return, as well as his upcoming Farewell Tour. She’s also working on a film project with the L.A. comedy group Culture Clash and is scoring director Tony Gerber’s Nat Geo doc on the search for Genghis Khan’s tomb.

Shankar says her first interest in film music was when she watched Alfred Hitchcock movies growing up and fell in love with Bernard Herrmann’s suspenseful orchestral scores. But then she went to dance and boarding school in India, trained as a violinist, and became a striking stage performer. Has the transition to film scoring, which often requires the music to blend in instead of stand out, been difficult? “I’ve had to learn to back off, and not be so melodic sometimes,” she says. “But I’ve remembered one thing I was told by one of my Sundance mentors: if you’re getting into film music, keep your ego checked at the door.” — Scott Macaulay