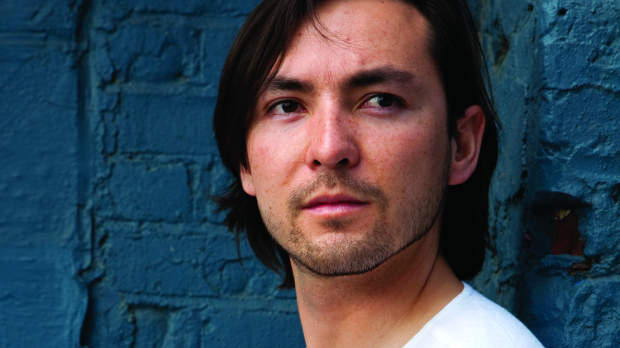 Danfung Dennis, who is self-lensing his first directorial effort, says he had never handled a video camera before starting production. But for Dennis, who made his name as a photojournalist covering strife in China, Iraq and Afghanistan, the transition was an organic one. “The Canon 5D Mark 2 came out,” he remembers, “and it was very similar to the cameras I had been using. With just one button push I was shooting HD video.”

Dennis, who had been shooting in Kabul for Newsweek, thought he might make a short Web video about the conflict there. But soon Dennis upsized his ambitions, deciding to make a feature while embedded with the Echo Company, 2-8 Second Marines in Afghanistan. “I wanted to apply the aesthetics but also the ethics of photojournalism to documentary filmmaking,” he says. “As a photojournalist, I have always tried never to interfere, to always be an observer. To try to be honest, truthful and to convey emotion. I’ve been inspired by James Nachtwey, the godfather of photo journalism — his work in conflict areas and the idea that powerful images can shake people from their indifference.”

Enamored of the Canon camera but realizing its shortcomings in the field, Dennis used a skateboard wheel as a follow focus and built a custom audio system and Steadicam device so he “could be running along with the marines while shooting.” His unit soon participated in a large helicopter assault ordered by the Obama Administration to break a stalemate with the insurgents. “Shortly after we were dropped we were surrounded and attacked, and the only cover was this area of rubble known as Machine Gun Hill. Sgt. Nathan Harris, 25 years old, from North Carolina — he was an incredible leader, and I followed him as he led his men to battle. One marine died, and nine more collapsed from exhaustion. Six months later he himself was shot during an ambush and was close to bleeding to death. He was medevaced back to the U.S. and that’s when I rejoined him, following him as he went through a transition to civilian society.”

Dennis continutes: “I don’t think there are films that follow one character from the frontlines back home in such an intimate and visceral way.” Indeed, what is potentially strongest about Dennis’s feature, To Hell and Back, currently in post, is the cinematic feel of his footage — the fusion of his trained photographer’s eye with the filmic qualities of the Canon 5D. And while the smooth, up-close battlefield material is eerie and suspenseful, it’s the elegantly photographed personal drama that unfolds in Harris’s hometown of Yadkinville, N.C., as he tries to both reconnect with his wife but also overcome his injuries so he can rejoin his men in the field, that could make the movie a unique war doc.

To Hell and Back is being edited in Portland by Iraq in Fragments editor Fiona Otway. Usually based in London, Dennis hopes to have a rough cut in the fall. And then there’s Condition One, a new company Dennis is fund-raising for that “will use a network of journalists, filmmakers and servicemen to send a stream of high-quality video to millions of mobile devices.” — S.M.