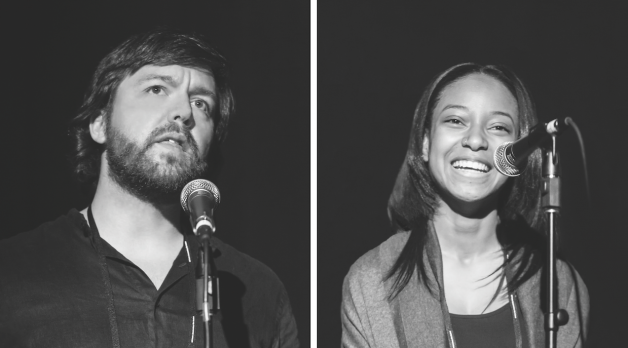 Submitted as evidence in the trial of co-director Destini Riley’s brother, I, Destini is a work of startling power and a fair amount of finesse. An animated documentary that juxtaposes the separate journeys of reckoning for each of Riley’s family members in the wake of her brother’s imprisonment, it meditates on the emotional and psychological toll prison sentences inflict on the families of those left behind. (Riley’s brother, Carlos Antonio, was acquitted of shooting a North Carolina police officer but imprisoned on lesser charges.) An emotionally resonant and imaginatively constructed work of personal remembrance, the short relies on delicately rendered ink drawings, a deft soundscape and a poignant voiceover by Riley herself, expanding one family’s story into a commentary on how mass incarceration has impacted similar families, too many of them black, all across the country.

The piece was borne out of the collaboration between Riley, who was 13 when the film began production, and Nicholas Pilarski, a Duke-educated experimental filmmaker whose CV includes short dance and performance films as well as a stint performing with the Blue Man Group. Every shot of the film’s sublime and melancholy 14 minutes was designed in tandem by the two filmmakers, and Riley’s monologue and the actual frame animations were the product of a series of creative workshops that Pilarski, Riley and her family took part in. “I originally met Destini’s aunt at her restaurant,” Pilarski says, recalling that the Durham, North Carolina, eatery regularly holds meetings about civil rights and mass incarceration. “Getting involved with the local political movement, I eventually met Destini’s family. The project grew out of an organic mutual interest to relate what was happening to a broader audience.”

They’ve had no problem finding the broader audiences they seek thus far. The film premiered at the Full Frame Documentary Film Festival to raves and was a big hit at the Oscar-qualifying Aspen Shortsfest. Despite their differences in age, gender and race, Riley’s collaboration with Pilarski has grown into a profound human connection between the two. “I think that it is indescribable,” she says. “We are like siblings who know how the other person works. We’re both open to learning from each other, and I think when you collaborate with somebody you have to have that sort of deep trust. You need to know that your different styles will somehow grow into something that is yours.”

Riley and Pilarski met after the former took a class at Duke’s Center for Documentary Studies; she was also part of Full Frame’s School of Doc program, a five-week doc intensive for Durham teens, and is the recipient of another five-week summer intensive, this time a narrative film program at North Carolina School of the Arts. The two filmmakers are also continuing to work together, planning to launch an organization called Peoples Culture. Its focus will be on working with local institutions in Durham and elsewhere “to re-imagine better narratives” through collaborative art and filmmaking practices. “We plan to collaborate on projects moving forward and to expand on many ideas developed through the making of I, Destini,” Pilarski says. While still in high school, Riley is eager to continue making her voice heard in filmmaking. “I plan on continuing with animation. I’m interested in how film can show perspectives of people like me. Not just African Americans in particular, but people who experience hardship because of who they are, or where they come from.” — Brandon Harris/Photo courtesy of Destini Riley and Nicholas Pilarski