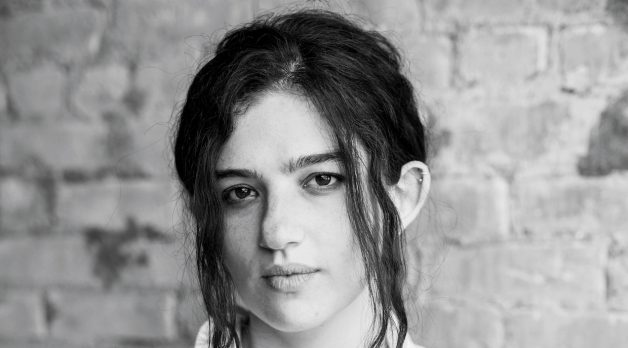 Emma Seligman’s initial relationship with film had less to do with getting behind the camera than engaging critically with movies. Not yet in high school, Seligman took her journalist aunt’s advice and applied to Sprockets Toronto International Film Festival for Children, an event organized by the Toronto International Film Festival (TIFF) that enlisted pre-teens to review and award jury prizes to a slate of family-friendly films. A personal film blog in high school led to Seligman, born and raised in Toronto, getting a seat on the TIFF Next Wave Committee, connecting her with a diverse group of fellow teenage film enthusiasts.

Weighing her options for undergraduate study in the United States, Seligman sent the University of Southern California a short she shot on an old camcorder that “wasn’t horrible for a first try without any training.” She was admitted but decided instead to enroll at New York University—first in the liberal arts program, then, sophomore year, Tisch School of the Arts. While her first short was an experimental “silent music video sort of piece about porn and sexual validation,” Seligman’s comedy-oriented thesis, Shiva Baby, focused on a college student named Danielle (Rachel Sennott) who, after spending an intimate morning with an older gentleman paying for her company, attends an afternoon family shiva and unexpectedly runs into her “sugar daddy” (a family friend with wife and child) there. “My professor, Yemane Demissie, encouraged me to make something I felt confident in, in a world I understood,” Seligman recalls. “Honing in on my specific Jewish community made it easier to write dialogue. A shiva felt like a funny setting to me, and there were a lot of sugar babies and sex work going on around NYU.”

After graduation, Seligman remained in New York, interning with production company Animal Kingdom in order to keep her optional practical training (OPT) F-1 student visa status active. Shiva Baby went on to premiere at the 2018 SXSW festival, but, her visa having expired, Seligman returned to Canada for much of the short’s ensuing festival run. Back home, though, she assembled a team of producers who could secure financing for a feature adaptation.

With a world premiere at SXSW earlier this year (and a subsequent slot in TIFF’s Discovery and Next Wave sections), the feature version of Shiva Baby retained its lead actress while bringing on notable comedy performers Polly Draper, Fred Melamed, Molly Gordon and Jackie Hoffman. The first 10 minutes or so map the short built out by the film, which plays out in nearly real time during the shiva reception, going deeper into the psychology of its protagonist. In doing so, the dark comedy reveals more personal traits of its director. “I always wanted to have a bisexual protagonist in this story,” Seligman admits, “and I wanted to use the feature to expand upon Danielle’s sexuality and her queerness. I was also able to expand on the relationship between her and her mother and further explore the marriage between Max [the sugar daddy] and his wife, Kim—an adult relationship that’s much more complex than Danielle has ever experienced.”

As for future plans, Seligman, who’s quarantined in Toronto, says, “I’m not sure if I’m going to do the ’Norman Jewison thing’ where I live in Canada but work in the U.S. or if I’m just going to move back to the U.S. when things are a bit more settled south of the border. I definitely want to keep working within the U.S. structure.” Acquired for worldwide distribution by Utopia Media, Shiva Baby will be released in 2021.—EL/photo by Emma McIntyre